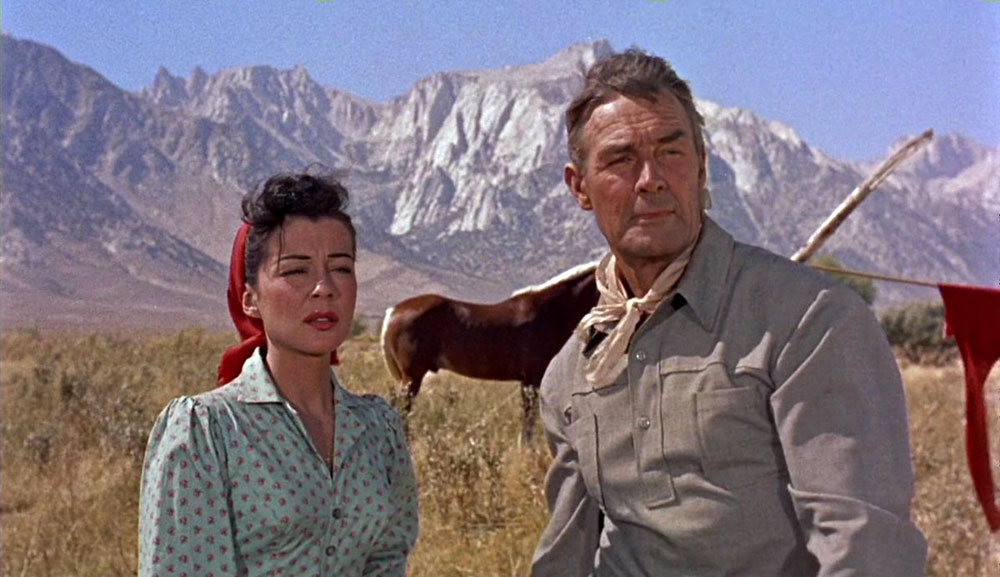 Of all the pleasures offered by America’s fraught favorite genre, the Technicolor expanse of a wide-open prairie may damn near be the prettiest. The Western as we know it was reared here in relative captivity: bewitched movie makers might never have made the trek from Fort Lee, New Jersey, to California’s scrub brush-dotted landscape were it not for the siren’s call of the “unvarnished frontier.” And if the amenities of year-round sunshine and absent winters weren’t enough, it behooves us modern filmogers to consider the economic appeal: every major studio made sure to set up shop a few hours away from an ocean, a forest, or a desert mountain range.

An overabundance of breathtaking scenery and relatively low production costs guaranteed that Westerns took pride of place in Hollywood’s genre rotation. The fecundity of this output yielded a rich crop indeed; oaters are among our most well-regarded films—and our most reviled. Their deceptively simple premises—a loner’s quest for vengeance, typically, or a long-simmering revolt against petty tyranny—provide perfect armatures for any number of moral tales. Adrift from the “civilized” East of the Continental US, so the legend goes, great men are made: would-be cattle barons and railroad magnates, or hardened gold miners and horse-traders. But this hardscrabble clime, seemingly devoid of governance, produces its fair share of bad hombres.

In the first installment of their six-film collaboration, director Budd Boetticher and star Randolph Scott parlay the inherent dichotomies and economies of Hollywood horse opera into a swift and terse study of a desperate man and the desperate characters in his orbit. As sheriff emeritus Ben Stride, Scott embodies the barest essentials of a Western hero: the stony facade and ever-upright posture; tight-lipped, quick on the draw, and imbued with a deeply-held sense of universal justice. He sees no glory in the faces of the bloodthirsty US marshals hell-bent on murdering any and all local Chiricahua Apache. Presented with the willing arms of another man’s wife, he turns the other cheek to receive not a kiss but a downcast look of defeat.

While accompanying a California-bound wagon train to the nearest outpost, Stride picks up a pair of ne’er-do-wells—including a very young, and very saucy, Lee Marvin—who can’t understand how a man of such stature could deign to help with a load of laundry. Even his “vengeful widower” plot line here is little more than a pretext. Credit is due legendary Western screenwriter Burt Kennedy for pinning Stride’s quest to a MacGuffin that befits its import: when the stakes of Seven Men From Now are finally disclosed, its function is almost immaterial. What we receive instead—what we deserve, rightly—is an invitation to interrogate America’s homegrown version of the chivalric code and to seek meaning in the nuance that this interrogation yields. 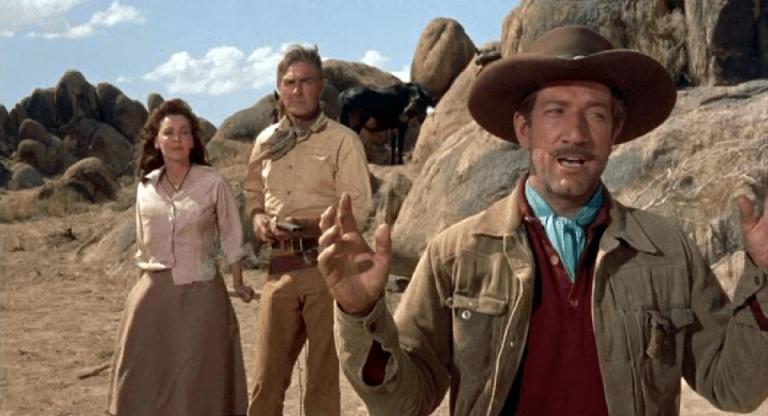 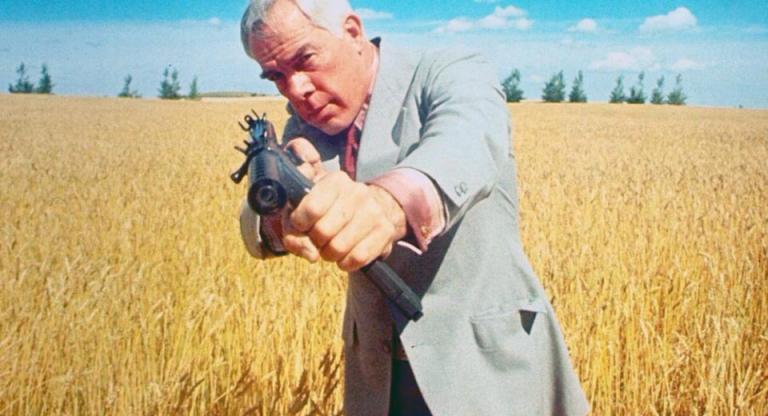 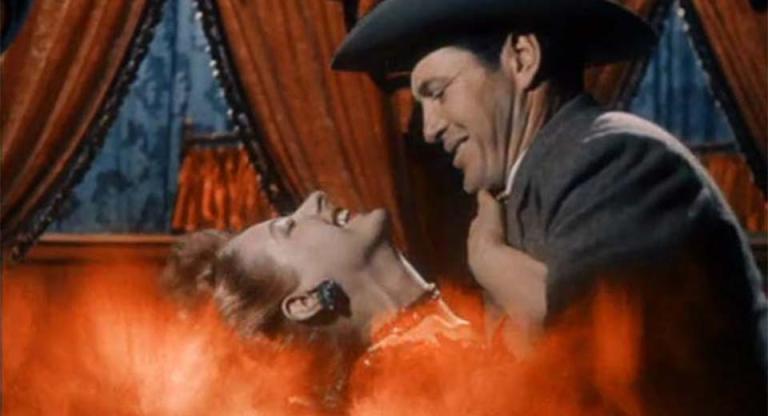