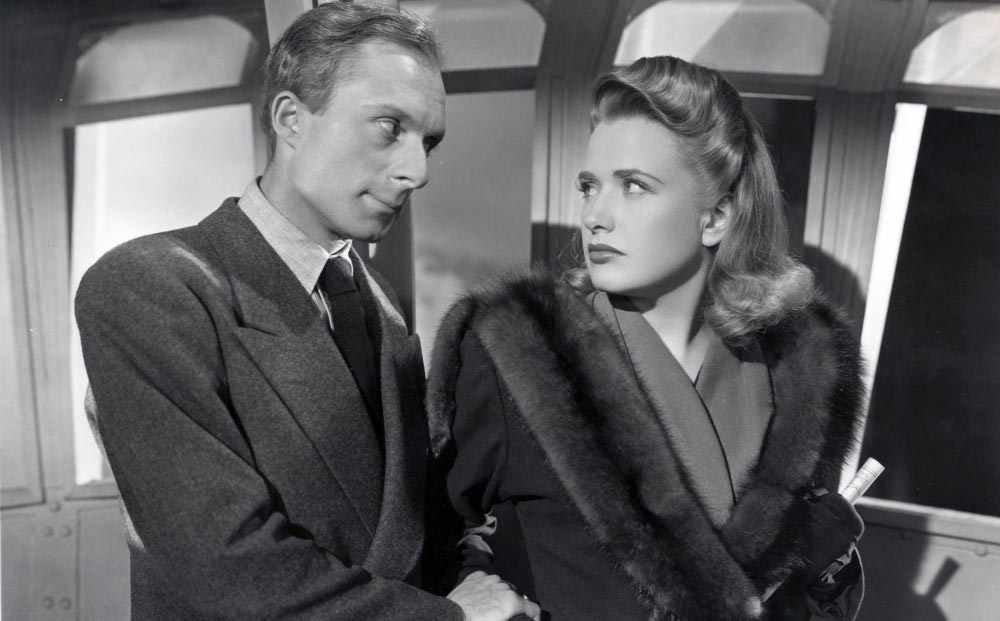 Not as gleefully madcap as North by Northwest, nor as nerve-shredding as The Wrong Man, 1942’s Saboteur still houses innumerable germs of greatness in its wrongful accusation/cross-country chase setup, all of which Alfred Hitchcock sees through to their full — if occasionally mismatched — potential. When airport factory worker Barry Kane (Robert Cummings) passes his buddy Mason a fire extinguisher to fight a growing blaze in the hangar, little does he know that the fire retardant has been swapped out for gasoline, and Mason is instantaneously engulfed in flames. Barry is the obvious culprit, and he repeatedly evades the law as he becomes ensnared in a nationwide network of domestic terrorists, repeatedly smacking his head against the moneyed immunity enjoyed by the enemies he tries to smoke out.

Barry and his initially reticent companion, Patricia (Priscilla Lane), represent a blue collar milieu that’s further documented along the film’s roadtrip structure. While in the company of a chatty truck driver, Barry gets his first glimpse of Patricia and her small-time modeling career as they drive by a billboard that has her advocating for a specific petrol. Much of the benevolence that keeps Barry afloat comes from these individuals, and even if such acts of kindness come packaged with pointedly patriotic speechifying, Hitchcock maintains a tantalizingly off-kilter Americana, such as the overnight circus convoy that invokes the machinations of democracy when the young couple board their trailer as stowaways. Elsewhere, Barry and Patricia move through ghost towns that eerily resemble the nuclear testing sites of the soon-to-come Cold War, and end up pursued while trying to blend in at a party of the fascists’ benefactor, Mrs. Sutton (Alma Kruger). The latter sequence is something of a dry run for the storied engagement party of 1946’s Notorious, though in Saboteur the anxiety is given a harder edge as handguns poke out from behind curtains and evil-eyed manservants guard the doors.

Cummings and Lane may be mere faces more than they are “actors” (especially in the company of Otto Kruger and a there-and-then-he’s-gone Clem Bevans), but Hitchcock loads even Saboteur’s most quotidian passages with visually sinuous dread, like the undulating reflections cast around mastermind Tobin’s (Kruger) swanky poolside veranda. And when Barry makes his first escape, sneaking around the back of a house, he’s momentarily stippled with the perfect latticework shadow of the garden’s trestle. But Saboteur’s most ideologically foreshadowing image comes within the first few minutes, when the dastardly work of the terrorists is signaled by tendrils of pitch-black smoke wafting across the corrugated metal doors of the factory, the portent of the act manifesting as if we were suddenly within the idiom of a monster movie.