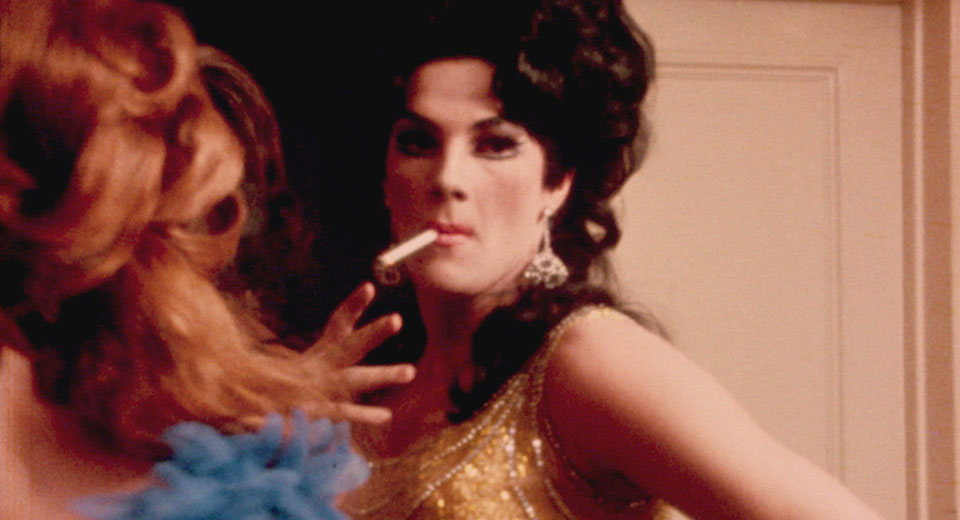 “I go up to this queen and I ask her, ‘What’s your name?’ and she says ‘Monique.’ And I say, ‘that’s marvelous, darling, but what was your name before?’ And this queen looks me dead in the eye and says: ‘there was no before.’” With this opening anecdote, delivered mid-toilet by 24-year-old drag queen Sabrina (née Jack), the raison d’etre of The Queen is gloriously, glitteringly revealed.

Sabrina is the hostess-organizer-producer of the 1967 Miss Camp America Pageant, and she is staring down the barrel of a long week. Shepherding visiting queens from all over this great nation, presiding over rehearsals, hunting down accommodations. And wouldn’t you know it – all without breaking a sweat.

When the contestants arrive, dressed to “pass,” every flavor of Average Guy is represented: country boys, working stiffs, shy single men. They share their origin stories in shabby hotel rooms, between touch-ups and costume alterations. By day, they walk among us, but when the sun goes down they transform, like night-blooming lilies, into their truest selves. The spectre of “before” evaporates, as quickly as it appeared, into a fog of subterfuge, wardrobe malfunctions, and dance numbers.

The Queen is currently running at IFC Center in a new 4K restoration from the original camera negative produced by Bret Wood of Kino Lorber in cooperation with the Harry Ransom Center (University of Texas).