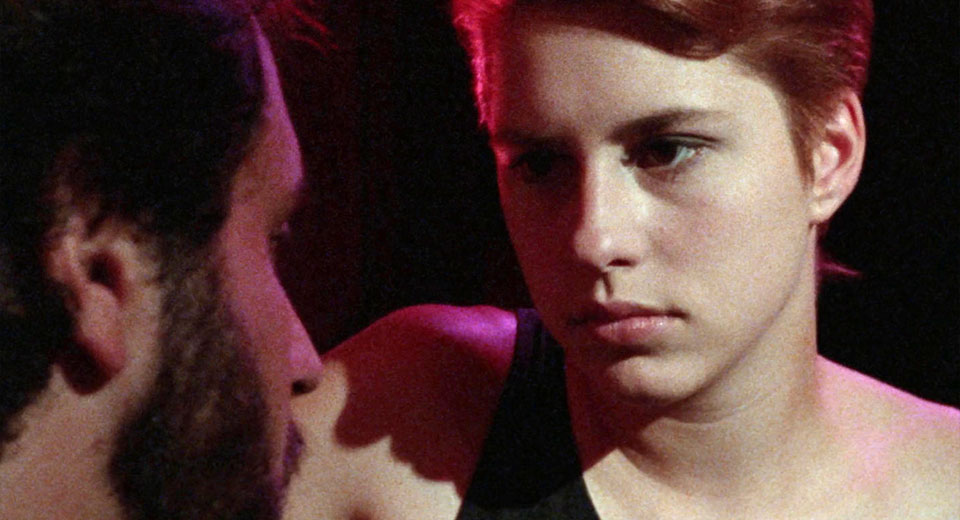 Joe is a Hawaiian-shirt wearing bartender at a well-attended strip joint, who meets and immediately falls for Kate, a manicurist with an extensive lingerie collection and a taste for bourbon. They're perfect for each other. They take in a drive-in movie, where Joe performs the sweetly romantic gesture of sledgehammering his filthy windshield for a better view, go antiquing, and get into public food fights — the romance is undeniable. But the ease of infatuation fades and despite attempts to spice things up with a threesome, a sense of boredom threatens their young love. A quick elopement rekindles the flame and the couple settle into domestic, wood-paneled bliss, until a nasty clog in the kitchen sink nearly ends it all. Luckily, their shared love of senseless murder and gore remains intact, and they defeat the grape-loving cannibal plumber called in to clear the stray fingers and organs plugging up the pipes. Joe and Kate hate grapes!

The overall effect of Psychos in Love is a sort of cozy, playful goofiness. For all its consciously stupid jokes, misaligned ADR, and brazenly amateur performances, a movie that seems to be trying as hard as this is honestly shouldn't work—but it does, and likely for its lack of pretension and the little touches that make it weirdly special. Kate, for example, is a wildly attractive B-grade Molly Ringwald, who rarely wears more make-up than a shiny lipgloss, dresses in impeccable eighties ensembles layered to perfection, and has an interestingly boyish haircut. The soundtrack, recorded entirely on an affordable Casio CZ synthesizer, is frankly amazing, and features a charming anti-folk theme song sung slightly off-key by our lethal lovers. A Blondie-reminiscent gal with frosted lips and great eyebrows introduced as an iteration of the "Joe doesn't treat me like a piece of meat" bit, ranting about her boredom and a desire to be murdered by a "mad slasher," returns as a performer at Joe's bar, with a modern dance routine in black leotard and leg warmers. It's fun!

Filmed in Waterbury, CT, a horror movie-ready suburb populated mainly with big-haired groupies, wannabe adult entertainers, and bloodthirsty killers, Psychos in Love is clearly aimed at video-store lurkers and casual late nite TCM consumers. Constantly riffing on romantic comedy tropes and referencing horror movies both classic and overfranchised, the film's meta-cinematic effects and bad Abbott and Costello bits are made with love, and the result is, in the end, lovable. Screening in a fairly recent restoration by the good-humored folks at Vinegar Syndrome.