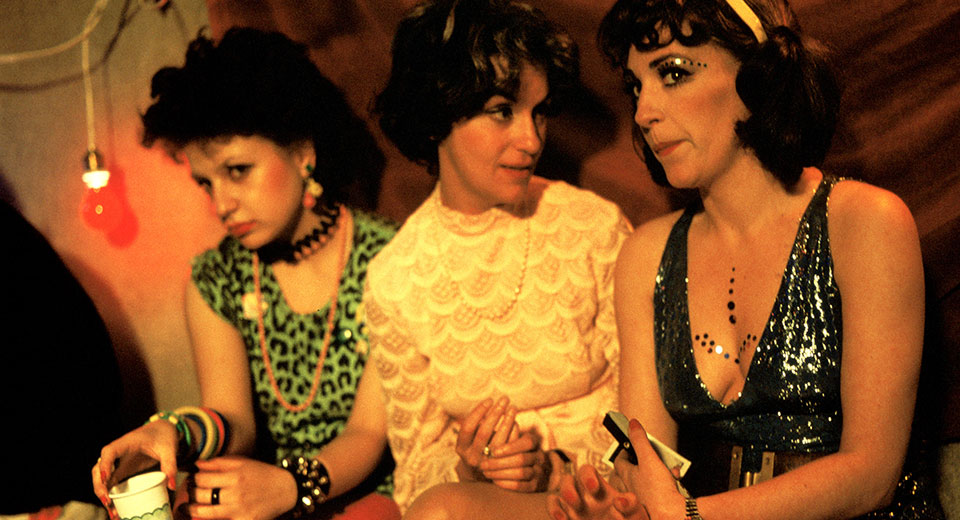 Pepi, Luci, Bom y otras chicas del montón, screening as part of Alamo's Pedro Almodóvar retrospective, is often looked upon as the director’s amateurish-to-the-point-of-unwatchable debut feature, with grainy footage, dingy lighting, and barely a sliver of a plot holding it all together. But as Pepi (played by original Almodóvar muse Carmen Maura) says gleefully, “Don't be upset. It's supposed to be fun. If it doesn't work, it doesn't matter.” Made just a few years after the death of Francisco Franco, the cult film epitomized La Movida Madrileña, the creative and hedonistic response to almost forty years of fascism that challenged the rules of government and religion and pushed the boundaries of sexuality. The story originated from a raunchy comic that Almodóvar wrote for the underground zine El Vibora called "General Erections" that satirized Spain’s 1977 general election, and indeed, the erection contest sequence is one of the high points of the film. (Watch for a memorable cameo by Almodóvar as M.C.)

As the founding film of a countercultural movement and indicative of Almodóvar’s cinema to come, Pepi, Luci, Bom more than makes up for its flaws. But the real joy of of the film comes from watching the delightfully deviant threesome (Maura, Olvido Gara, and Eva Siva) who demonstrate that when women get together they can become more self-assured, terrorize men, and find new meaning in life. They do things with impunity that most women can only dream about (Grow their own marijuana plants! Plot revenge against a rapist policeman! Play in a punk band! Pee on each other!) and they act on their own volition instead of conforming to any expectations of proper female behavior. Pepi is the standout, who is so adorable in her transgressiveness that one can’t help but root for her. (Her brilliant feminist inventions, from a doll that menstruates to “slut” panties that transform fart odors into perfume, also deserve V.C. funding from Judy Chicago and John Waters.) One can easily see how the character of Pepi morphs into Pepa of Women on the Verge of a Nervous Breakdown, and how Maura became Almodóvar’s paradigmatic female lead. But Pepi, Luci, Bom is an ensemble effort, and together, these ladies are some of Almodóvar’s nastiest women to grace the screen.