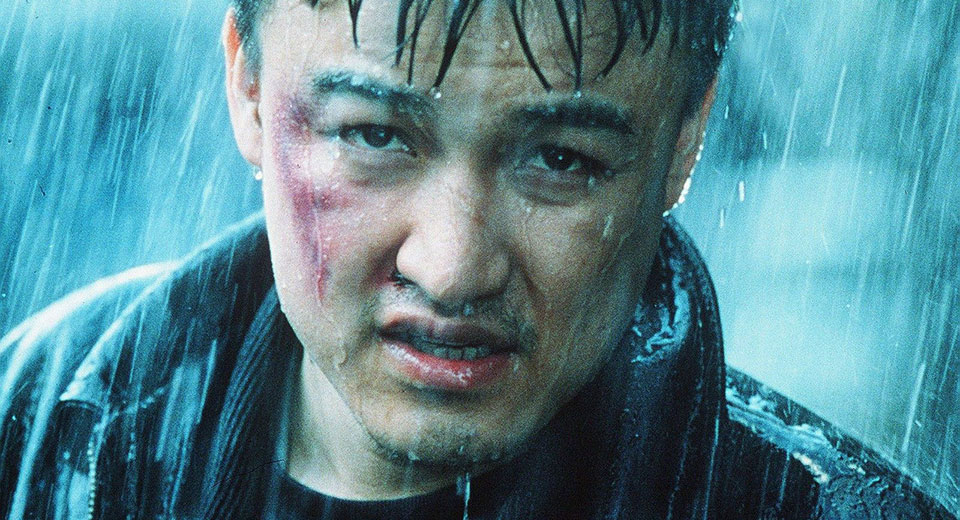 Writer-director Lee Myung-se denies none of his sybaritic impulses in Nowhere to Hide, the 1999 geegaw that serves as a perfect capstone to a decade defined by ironic violence, stylistic excess and genre revitalization. An audience hit at Sundance before a lackluster stateside release and quick slide into obscurity, Lee’s sole gangster film screens tonight as part of “Relentless Invention,” Film at Lincoln Center’s two-week survey of New Korean Cinema. The film leaves audiences gasping for air and in need of a nap after surviving an onslaught of every pyrotechnic familiar to the second-year film student. It’s impossible not to admire Lee’s gluttonous approach to the tools at his disposal. He underscores every moment as though keeping his audience alert were a matter of life and death.

Park Joong-hoon stars as Woo, a hard-boiled detective aesthetically undermined by his partiality to bucket hats, leather jackets and striped polo shirts. Despite a broadly goofy mien, Woo’s self-professed goal is to chase and never stop chasing the bad guys until they’re apprehended using whatever violent means are required. The judges, juries and lawyers will figure out the rest. This philosophy provides him license to beat up and kidnap perps, or worse: at one point he duct tapes a suspect around a makeshift spit (sans flame) to extract information. In true 90s genre film fashion, Lee laughs off any moral or ethical consideration of his charming hero’s penchant for bloodletting. Ambiguity might lower everyone’s blood pressure.

With a team of bat-wielding henchman, Woo pursues a notorious murderer through the back alleys and industrial parks of Incheon. Lee’s straightforward script includes no clever detective work or stunning revelations. Instead, Woo and his team beat and threaten the killer’s associates one by one until they close in on their man. Lee breathlessly unleashes each sequence as a torrent of superimposed or colliding images. In the vast library of influences on display, Sergio Leone’s temporal dilations loom largest. Like Leone, Lee expands the brief stillness before battle into cubist shards of squinting eyes and clenched fists that precede orgasmic spectacle.