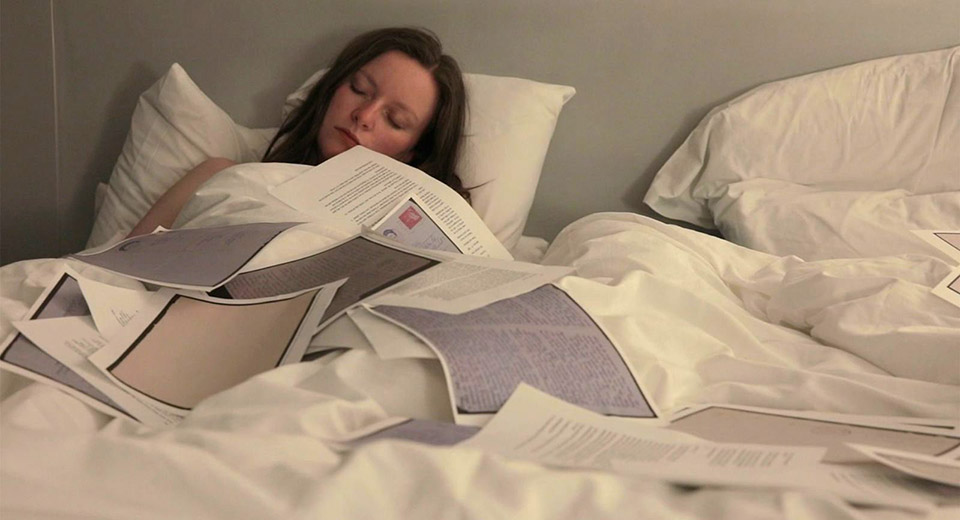 Last year, with the release of documentary feature Maison du bonheur and festival run of her short "Veslemøy's Song," Sofia Bohdanowicz was written into the fashion of young filmmakers with a predilection for the archive — a collector's eye and an affinity for physical, tactile media. While MS Slavic 7, which reunites Bohdonowicz with her "Veslemøy's Song" collaborator Deragh Campbell, may lack the candy-coated, crackling grain of her prior films, it still features young people treating libraries of the written word with a beatific reverence.

Campbell plays Audrey, a taciturn but determined analogue of Bohdonowicz who is named the literary executor of her great-grandmother Zofia, a Polish poet. Zofia is Sofia's actual great-grandmother, and the elusive post-war letters between Zofia and the writer Józef Wittlin that Audrey tracks down actually do reside in Harvard's Houghton Library, at the titular call number. Beyond that it's unclear whether its Sofia or Audrey who is attempting to wrest control of the letters from a stubborn aunt in the hopes of putting on an exhibition. Zofia's poems and love letters have a funereal, borderline apocalyptic tone that the film wryly compliments with bombastic Bach cues played on an organ. Campbell is, as she was in last year's Fail to Appear, a perfect conduit for heady ideas — dryly funny delivery and politely placid expressions concealing a burbling obstinate drive that propels the film's narrative.