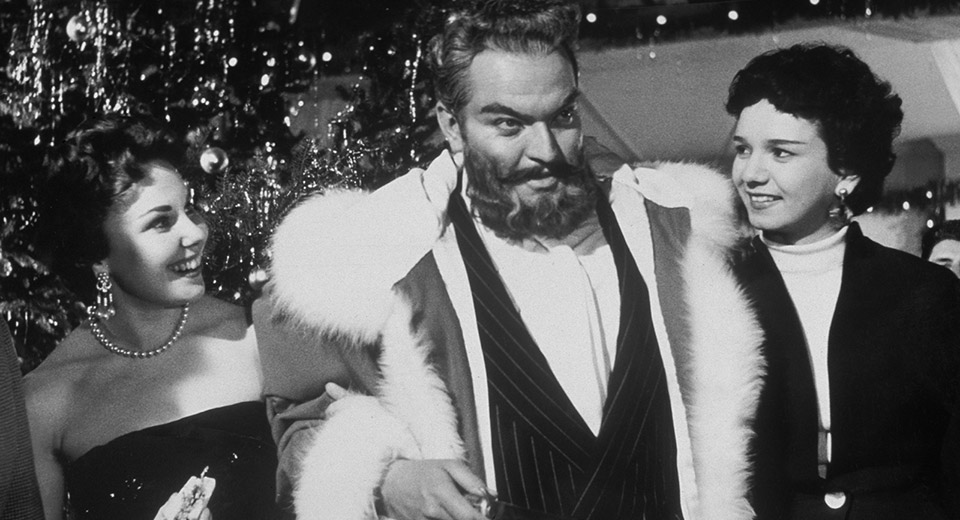 Because of narrative similarities to Citizen Kane and its globe-hopping setpieces, as well as the fact that it’s a film by Hollywood’s greatest martyr, Orson Welles, it’s tempting to fantasize about what Mr. Arkadin might have looked and felt like had it been incubated in a nurturing, patient, or at least more indulgent, studio. As with much of Welles’ post-Kane work, we’re left to consider what might have been. But the plot of this truncated masterpiece, like that of its monolithic predecessor, concerns the reconstruction of an industrial titan’s biography, and ultimately comes to resemble the film’s chaotic gestation. Catnip to Wellesologists/Wellesologians on account of its several distinct versions, Mr. Arkadin is in every screen incarnation (there are several radio plays, a novelization and a stage show as well) a handsomely ragged thriller.

Robert Arden plays a cutthroat ex-GI smuggling cigarettes in postwar Europe who receives two names from a dying man with a knife in his back: “Gregory Arkadin” and “Sophie.” The former is an unimaginably wealthy international businessman, the latter a mystery. Arden begins courting the magnate’s daughter as a first step in a witless blackmail scheme. Arkadin bypasses the threat by offering Arden a job investigating his early life. He claims to remember nothing prior to 1927, when he obtained a small sum that would seed his fortune. Arkadin has an eye on military contracts and wants Arden to dig up whatever dirt there is before any governmental agencies scrutinize his past. The job sends Arden all over Europe and Mexican in search of Sophie and Arkadin’s past, and he unravels the sordid history of a gang of human traffickers whose members are murdered shortly after speaking with him. The plot mechanics leave much to be desired, but the atmosphere of postwar moral spoilage is deeply menacing.

Welles never denied himself an affectation, and his performance as Arkadin ranks among his hammiest delights. With a triangular flat top, perpetually arched caterpillar eyebrows and a sharp putty nose, Welles revels in the artifice of an evil stage villain that he has grafted onto the screen. He charms party guests with fables and toasts to friendships while orchestrating murder from the shadows, often in wide-eyed canted closeups where he resembles Eistenstein’s Ivan the Terrible. Welles’ performance and direction are both pitched at the dreamy, hysterical intersection of theater and silent film. Every gesture is exclamatory, every frame expressionistically orchestrated to pack maximum visual wallop. The awkward transitions between each sumptuous image only underscore the sense of oneiric transport between unreal locations. Mr. Arkadin lacks the discipline and majesty of Welles’ best work, but offers something grimier and more immediate in return.