Mishima: A Life in Four Chapters 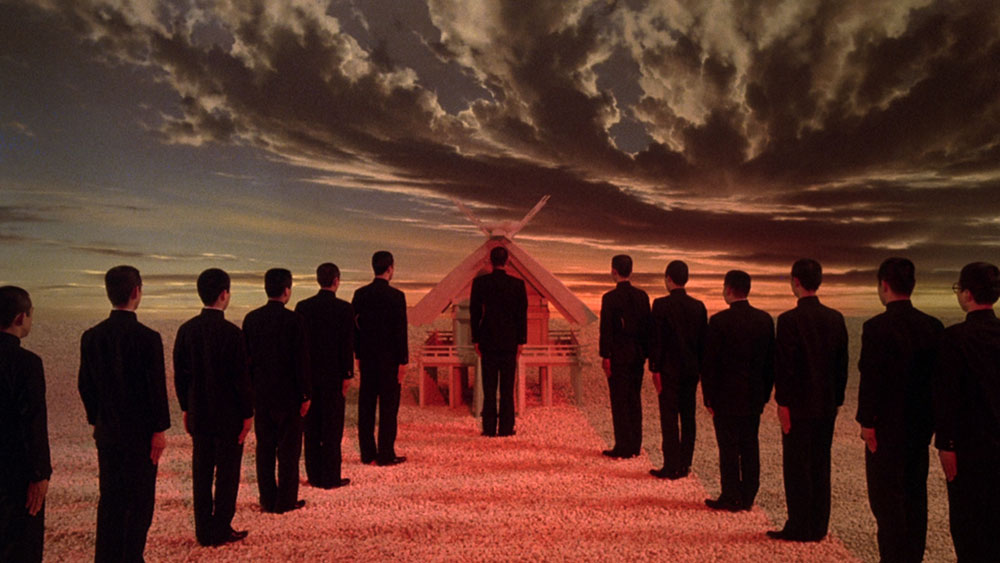 It has become too easy, and thus too tempting, to retroactively psychoanalyze history’s “great men,” but who can blame a pathology-inclined society such as ours for trying to wrest some sense from a world of senseless violence? Hearsay hangs like a marine layer over the lives of these statesmen and tyrants, watering the garden of a collective imagination that has taken root somewhere between citable fact and pernicious rumor. Salaciousness increases in direct correlation with the subject’s notoriety, as if a sexual proclivity or bodily differences set the stage for subsequent infamy.

And who doesn’t love to hear a nasty little detail about a historic warmonger? Legend has it Adolph Hitler would lay beneath a glass coffee table while his cousin defecated on top. Was it this, or his single testicle, that brought about the Third Reich? We may never know. Tying up a fetish or a wound or a childhood trauma into a neat little package, stashing it on a shelf marked “Reasons for Being Crazy!” and secreting it away forever, Raiders-style, is easier for our puny minds to grasp than the systemic and political causes of war, genocide, and willful ignorance to human suffering.

A throughline of many “great men'' narratives is the Ninety Pound Weakling Origin Story: sickly children, often of privilege, who through grit and gumption transform themselves into strapping samples of glorious manhood. Paul Schrader’s avant-garde 1985 biopic Mishima: A Life in Four Chapters, works this familiar trajectory into an exploration of personal creation and political outrage. Born in 1925 to an Imperial bureaucrat and his educated wife, Japanese writer, cult leader, and total pervert Yukio Mishima inherited an intellectual and socio-economic pedigree that marked him for a life of relative ease. Twenty years later and thousands of miles away, screenwriter, director, and master shitposter Paul Schrader is born to a Calivnist corporate executive and raised in a joyless faith—by his account, Schrader is 17 years old before he sees his first film.

The simultaneous attraction and repulsion toward traditional masculinity undergirds their respective outputs, “if you can’t beat ‘em” spirit is a taunt and entreaty. Schrader’s meticulous simulacra of Mishima’s Japan dissolves any boundary between fiction and reality with a physical and narrative flattening, retelling the author’s life story through cherry-picked scenes from his own bibliography. For subject and author, the old adage rings true: it’s always the quiet ones. By purposefully conflating art and artist, Mishima gives credence to the armchair psychologists among us. Through his frequent Facebook rants and his well-documented Nipponophilia, Schrader issues a not-so-subtle invitation to do the same. If there is such a thing as cinema forty years hence, perhaps we will be treated to a painterly biopic along the lines of Schrader: a Life in Four Posts.

Mishima: A Life in Four Chapters is streaming on the Criterion Channel 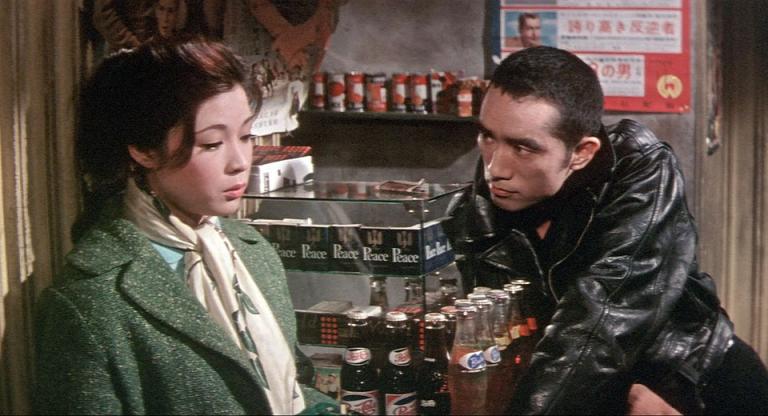 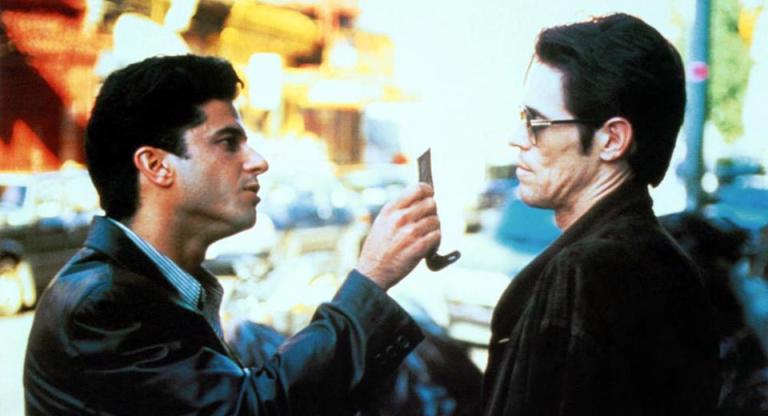