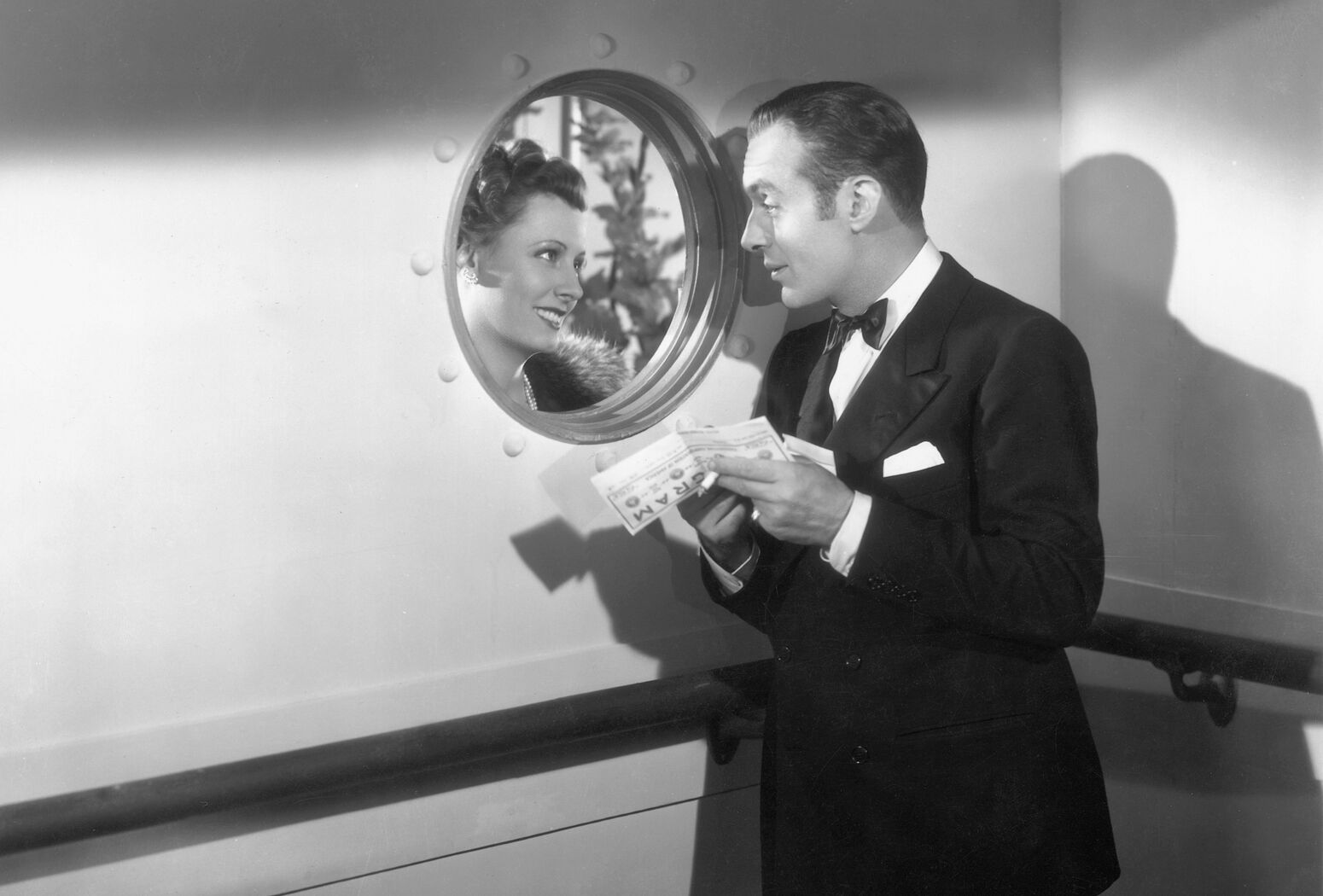 Famed for his heavy use of improvisation on set, Leo McCarey often forwent linear plots in favor of an accumulation of sharply defined incidents, relying on the charm of his performers. Narrative conflict and tension give way to a structure that produces genuinely surprising scenes at every turn. From a distance, Love Affair (1939) may look like a traditional melodrama: Irene Dunne and Charles Boyer meet on a transatlantic cruise, fall in love, and agree to find each other again six months later, but are kept apart by the wiles of fate. McCarey skips over most of the dramatic highpoints of this type of picture, however—the characters barely struggle, and the only major complications are pure dei ex machina—in favor of a relaxed narrative rhythm that leaves ample time to explore both the nuances of the two leads and a plethora of surrounding characters.

Hot off the heels of his greatest commercial success, The Awful Truth (1937), which won McCarey an Oscar, and his greatest artistic success, Make Way For Tomorrow (also 1937), which he credited as the rightful award-winner in his acceptance speech, Love Affair demonstrates McCarey refining, respectively, the screwball charm and emotional profundity of those films into something that moves graciously from dazzling to soul-stirring. Dunne and Boyer have all the charm and seductive power of the classic screwball couple—he is an international playboy, she a successful lounge singer, and their first meeting is filled with the sort of quips typical of the screwball style—but McCarey uses their playful banter to explore depths of unspoken feeling in surprising ways. Late in the movie, months after Dunne stands Boyer up at their Empire State Building rendezvous and subsequently hides from him, he arrives at her apartment unannounced and ready to demand answers. Yet he goes about the whole thing amiably and indirectly, pretending that it was he who bailed on their date and that he never really cared about the whole affair. As they both go along with Boyer’s lie—Dunne starts pretending that it was she who waited for him that night—the heartbreak behind their cordial witticisms becomes increasingly painful the longer they try to hide it.

McCarey is often more interested in exploring the rich world around the characters than indulging in histrionic displays of their suffering. Characters frequently burst out of the background to interrupt a scene and steal all its focus, but always expand upon its core emotions. In one scene Boyer, melancholically strolling around the Empire State Building on a frosty night, is interrupted by a random Christmas-tree-carrying pedestrian. As he drunkenly quips at Boyer, “You don’t know what struggle means… I live on 186th street and they won’t let me on the subway,” before hefting his tree higher on his shoulder and gingerly strolling on, McCarey builds a sense that the couple is both bigger and smaller than the world around them. The entire universe seems in sync with their unconsummated romance, elevating it to almost mythical proportions, and yet reminders of their ultimate ordinariness abound.

Love Affair screens tonight, December 21, and every day through December 28 (with the exception of Christmas Day), in a digital restoration at the Museum of Modern Art.