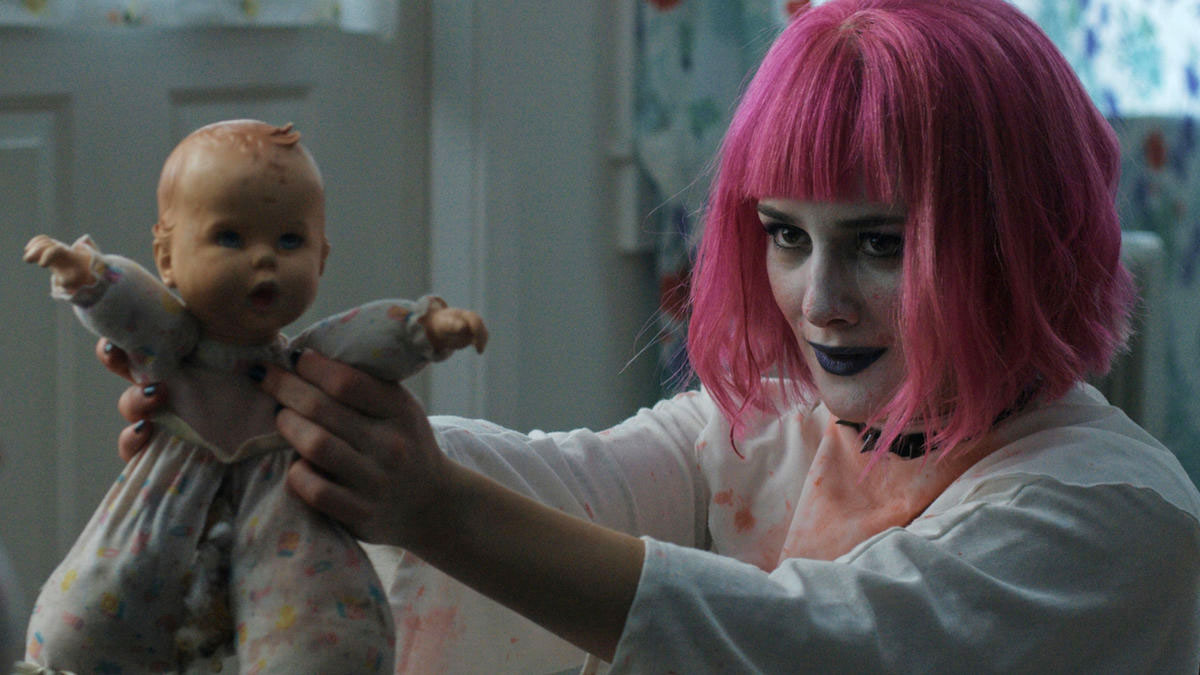 Just in time for Halloween and a particularly spooky presidential election, Zach Clark’s 2016 feature Little Sister has been re-released on streaming services. An ode to odd ones, it’s the most tender-hearted movie to ever open with a Marilyn Manson quote.

Estranged from her family, Colleen is a goth-turned-novitiate, on the verge of taking her first vows in a religious order humorously named the Sisters of Mercy. She’s a misfit in all circles in her life, seemingly having gone from being shunned as the school weirdo back in her hometown to being teased by Brooklyn performance artists at a goth club (ironically) for being a nun. When her troubled mother (played by an aggressive yet emotionally fragile Ally Sheedy) begs her over email to come home and see her brother, who has returned from Iraq seriously injured and reclusive, Colleen drives down to North Carolina to confront her past and her family’s new reality.

If Halloween is the holiday where the veil between worlds in the thinnest, Little Sister captures this liminality in more ways than one. Taking place in the dwindling days of George W. Bush’s presidency, the film captures all the characters in their own transitory phases, trying to make sense of their traumas and fissures while deciding which parts of their old selves they should carry with them. While Jacob (Keith Poulson under heavy makeup and prosthetics) is sought after by CNN for interviews and lovingly referred to by his family and neighbors as a hero, it’s clear how little weight such praise carries for him when his face is unrecognizable and he can barely see. As Obama/Biden signs decorate front laws and dialogue from speeches and debates echo in the background, we’re reminded how the country (and likely the film’s characters as well), after years of numbing resignation to the reality of forever-war, just wanted to move on to something else.

Addison Timlin (Depraved, Like Me) accomplishes something remarkable in her performance as Colleen, embodying a young woman who is gentle and pious but not wilting. As she warms to her family you begin to see how the quiet, cardigan-draped nun once inhabited a black-walled bedroom decorated with upside-down crosses. Timlin walks a delicate line between pleasing and edgy that in another film would easily have tread into manic-pixie-dream-girl territory, but Colleen emerges as a rounded character even as we’re getting to know her early on. When she gets Jacob to come out of his shell by dying her hair and disemboweling a blood-soaked doll to a GWAR song (a moment that should be considered a classic needle drop in this writer’s opinion), transforming herself back into the little goth girl he grew up with, the emotional connection the siblings share through culture shines through.

The film is at its most traditionally heart-warming when the family, having broken apart and broken themselves down in order to come back together again, reunites with a rather wholesome living room Halloween party. There’s a John Waters-y quality to some of these sweet scenes that prevents them from slipping into the saccharine. The tension that pushed Colleen away from home likely won’t evaporate completely (does it ever for any family?) but the common ground they find in this liminal space may allow room for the various monsters to co-exist.