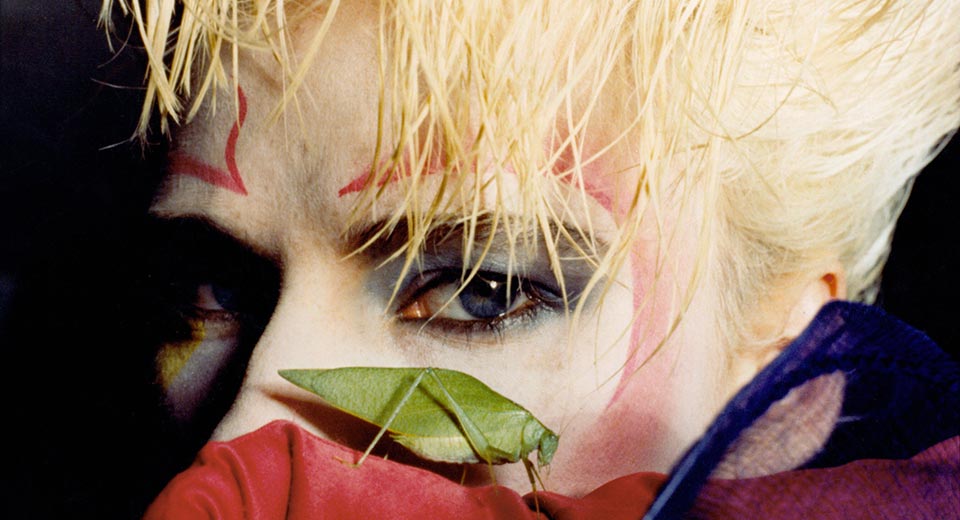 Liquid Sky (1982) is a dazzling, cheapo sci-fi feminist spectacle, as original as they come. Set among New Wave fashionistas in post-punk New York, the film offers tiny aliens, doppelgangers, cocaine and awful performance art. To paraphrase Francis Ford Coppola, this film isn’t about the 1980s, it is the 1980s. Layered in face paint and neon, it is a vivid world, both nightmarish and seductive.

At center are two committed performances by Anne Carlisle. Both characters are models: Jimmy, a broke and bitter cokehead, and pansexual Margaret, whose bedroom draws a dope-seeking UFO. Carlisle offers hollow line readings with great focus, fashioning unsettled/unsettling characters struggling in a milieu every bit as threatening as the family dinner table in Texas Chainsaw Massacre.

The bodiless aliens have crossed the stars in search of heroin, but once arrived they find the chemicals produced in orgasmic brains provide a better hit. As Margaret is coerced into sex by fashion-world bottom feeders, her rapists are destroyed the moment they come as the otherworldly visitors devour their oxytocin-soaked brains. She’s relieved and terrified by what she perceives as the work of the Empire State Building, which overlooks her apartment. The pleasures of sexual dominance are rewarded with instantaneous punishment, leaving a survivor grateful but also guilt-ridden and confused.