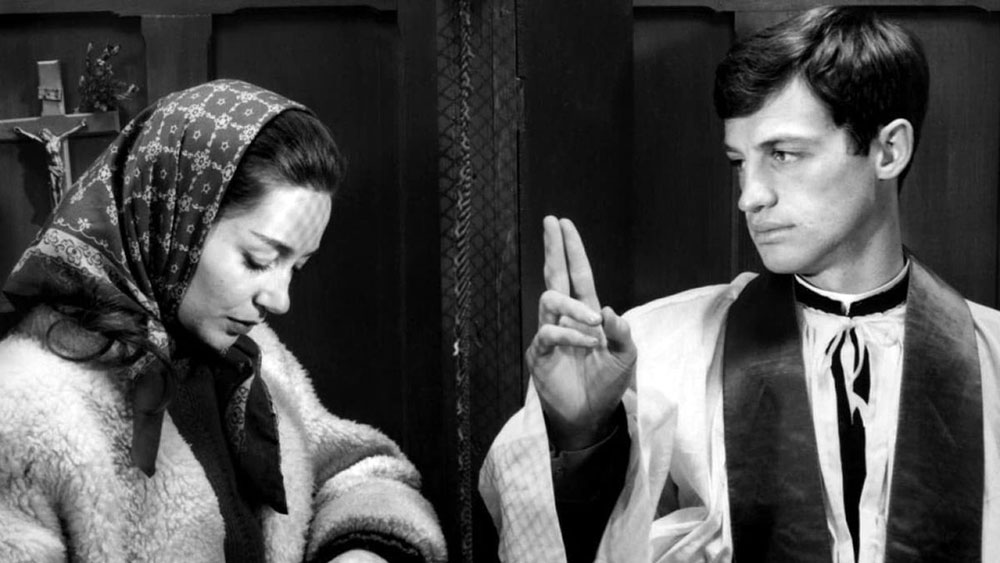 Léon Morin, Priest (1961) has been called the first film of Jean-Pierre Melville‘s mature period, with its world-famous stars (Jean-Paul Belmondo as the comradely pastor and Emmanuelle Riva as his conflicted apprentice), its higher budget, and its international crew (including Volker Schlöndorff as assistant director) reflecting his decision to start making films exclusively for a mass audience.

However, Léon Morin, Priest makes for a nice companion to Melville’s first feature, Le Silence de la mer (1949). Both are adaptations of highly acclaimed novels, and both offer a nuanced portrayal of the relations between the French and their invaders during the German occupation. In the latter, the German presence takes center stage, embodied as it is by the only speaking character, a francophile officer of the Wehrmacht. In the former, this presence merely provides the background for the shifting relations between citizens of a small French town as each responds differently to the arrival of the occupying force, giving rise to new alliances and enmities. While all the characters are alternately bound together and separated by their respective ethical alignments, the film’s central site of ethical struggle is the adversarial friendship between the young office worker Barny (Riva) and Father Morin (Belmondo).

Intending to proselytize in favor of atheism to a pastor of the local congregation, Barny steps into Morin’s confession booth and begins by declaiming that “Religion is the opium of the people.” Morin is as swift as God in responding, “That’s only because the bourgeoisie has bent it to its purposes.” So begins a debate that will rage between them until Morin moves to a different province after the war.

Barny’s regular visits to the presbytery have a more profound effect on her than she anticipates. Aside from the forbidden erotic fascination that Morin awakens in her, her most profound transformation occurs when she decides to convert to Catholicism (to which Morin ironically suggests that she try Protestantism instead). To what does the young priest owe his persuasive power over a woman with such strong secular convictions and feelings of enmity for the Church? To his quasi-heretical position within it. For Morin, God is a variable, an X from which to ask for forgiveness; He can be called many things, for as Christ said, “In my Father’s house are many mansions.” In the most general terms, God is a supra-individual principle by which to orient oneself ethically. Faith means strength for a striking worker, resolve for a Resistance fighter. It is a conviction akin to love in all its irrationality. Falling into the first theological trap, Barny asks for proof of God’s existence, but as Morin points out, “God doesn’t have existence, God is existence.” Faith is not something arrived at by reasoned argument, it is a moral certitude.

At bottom, Léon Morin, Priest is a film about commitment. The men in Barny’s life have disappeared into the maquis because they have committed themselves to the struggle for Free France. Barny herself is committed to her refusal to collaborate, even when it seems irrational and suicidal: “Better France dead than in mortal sin!” Léon Morin, Priest belongs to a set of post-war French religious films, such as Bresson’s Diary of a Country Priest and Rohmer’s My Night at Maud’s, in which the characters’ faith is subjected to immanent critique and practical trials. If you don’t find your own convictions shaken, or their absence exposed, you haven’t paid close enough attention. 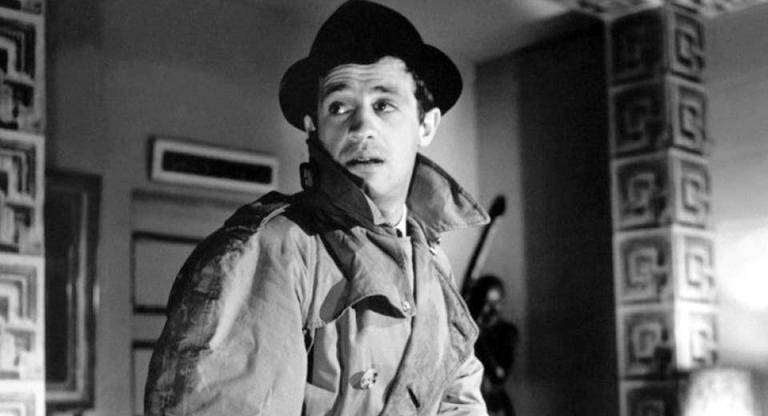 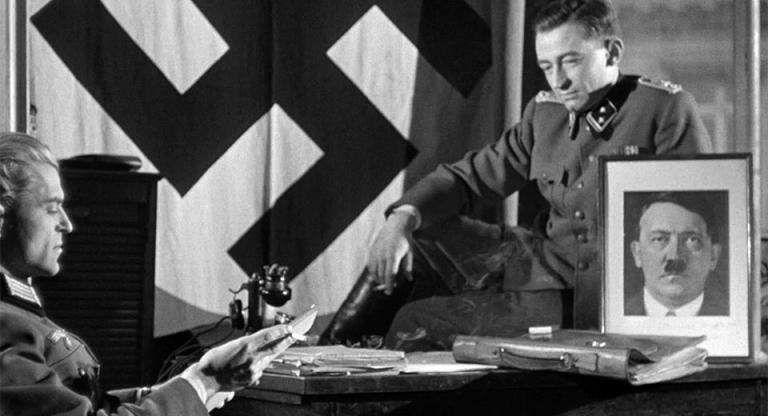 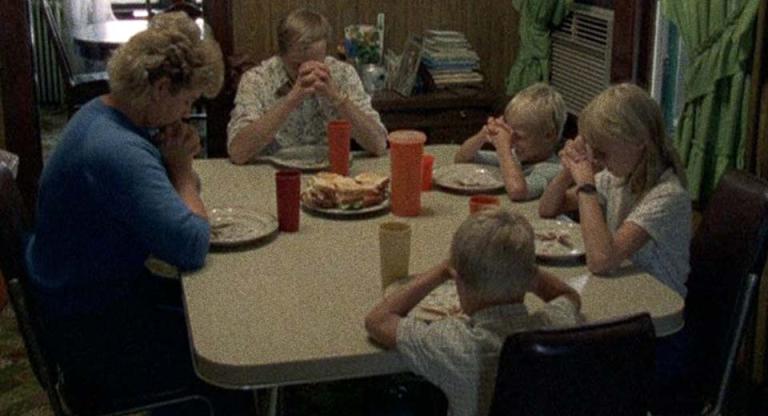