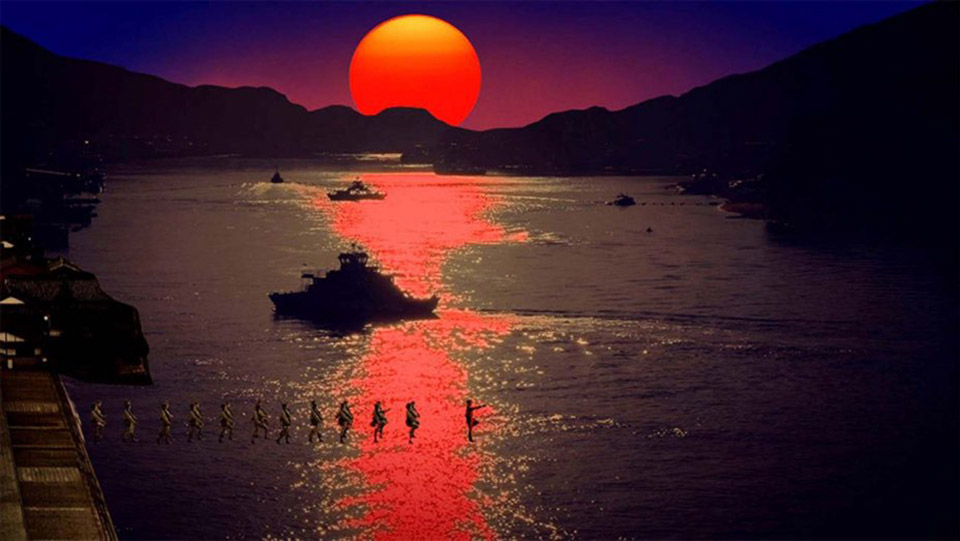 Today the 14th annual Japan Cuts film festival begins in an online streaming edition. Running through July 30, the lineup encompasses 30 features and 12 short films, including Shinichiro Ueda’s Special Actors, his follow-up to One Cut of the Dead, and blockbuster drama Fukushima 50. There are also a number of free online panels available to watch — Screen Slate readers may be especially interested in “Collaboration and Community in Japanese Cinema During the Pandemic,” which spotlights efforts such as a government lobbying campaign and incredible crowdfunding effort that has managed to raise the equivalent of over $1.2 million USD for Japan’s independent arthouse theaters.

This year the festival also celebrates the legacy of the late Nobuhiko Obayashi, who passed away April 10. The Obayashi Prize has been established to award early career filmmakers in the festivals newly established “Next Generation” section. In addition to Labyrinth of Cinema, featured below, the Obayashi selections also include Seijo Story - 60 Years of Making Films, a portrait of Nobuhiko and Kyoko Obayashi’s personal and professional partnership as they complete his final film. —Editor

As much a miracle as a masterpiece, the late Nobuhiko Obayashi’s swan-song Labyrinth of Cinema is a film that flouts not only artistic norms, but also medical odds. Diagnosed with cancer in 2015 and told he likely had just three months to live, Obayashi defied his doctor’s prognosis and created not one, but two career-defining mega-works: 2017’s long-gesticulating anti-war melodrama Hanagatami and the just-released Labyrinth of Cinema. While some late works try to sum up their makers’ lives or careers, Labyrinth of Cinema is that rare final film which manages to push beyond self-reflection and into grand elaborations on cinema, politics, and history while trodding new aesthetic terrain.

For those only familiar with Obayashi for House and the campy midnight movie reputation it has developed over the last decade, Labyrinth of Cinema’s elaborate textual digressions, soulful descents into melodrama, and head-scratching narrative framework will be a shocking introduction to the intellectual depths and aesthetic developments the director has pursued over the years. Aiming for nothing less than to save the world from falling deeper into the barbarism and mass death that defined Obayashi’s lifetime, Labyrinth of Cinema is a work as monumental and astounding as its title suggests.

Repeatedly quoting Chūya Nakahara’s poem, “Dark clouds gather behind humanity/hardly anyone notices it,” Obayashi crafts his film as a protest against our constantly malfunctioning reality. Born into the world of Imperial Japan during WWII and despairing at the sight of a world which has yet to move past a state of constant warfare, the only options seem to be anger and disgust. Yet more than a doomsayer, Obayashi also believes in the transcendent power of art to reshape the world for the better, to which Labyrinth of Cinema is a testament.

“It’s time to review history so we can build a better future,” Obayashi declares at the film’s opening, and the ensuing three hours of self-aware, pinballing narrative literalize this goal to a dizzying degree. Riffing off of Buster Keaton’s Sherlock Jr.,the film tracks three men — a film historian, a wannabe yakuza, and a dorky teen inexplicably named Mario Baba in seeming reference to the infamous giallo director — who are sucked into the cinema screen during a war-movie marathon. Catapulted across the ages from a silent cinema rendition of the last days of the shogunate to the bombing of Hiroshima as told from the viewpoint of a wandering theater troupe, these former spectators are given a vision of history as a kaleidoscopic hallucination equal parts beautiful and brutal.

Deliriously cutting back and forth between different time periods with aplomb — oftentimes intersecting previously-seen dramatic events with fresh ones involving the same characters to disorienting effect — Labyrinth of Cinema feels like a 21st century remake of D.W. Griffith’s Intolerance made on a sugar rush. Not only do past and present collide, but so does the film’s often harrowing drama with all sorts of expressive asides. In one brilliant sequence, a fleeing P.O.W. suddenly turns into Tarzan, who transforms into an animated stick figure, who morphs into Obayashi himself pretending to be John Ford. In another moment, a lesson on the dehumanizing role of the kamikaze pilot is abruptly segued into a series of quirky musings on art and life delivered by Yasujiro Ozu and Sadao Yamanaka lounging on a beach.

The work of a self-described lifelong amateur filmmaker, Labyrinth of Cinema is a monument to free-wheeling invention and continual artistic discovery. Shooting 90% of the film in front of a greenscreen and meticulously editing the footage frame by frame, Obayashi warps the traditional abilities of the camera and preconceived notions of spatial continuity and perspective. Frequently shuffling his characters around the CGI backgrounds from shot to shot, cutting wildly across eyelines, freezing and zooming in on frames randomly, drowning his images in color filters, throwing all mixture of random props into the foreground or background — goldfish in one instance, streams of blood in another — Labyrinth of Cinema gives itself no aesthetic limitations. Yet far from a pure exercise in boundary-pushing style, this feverish orgy of experimentation mixes concretely with Obayashi’s desperate recapitulation of 20th century barbarism in the ways that it forces us to expand our imagination so we can see beyond the limited historical and aesthetic means we’ve been dealt.