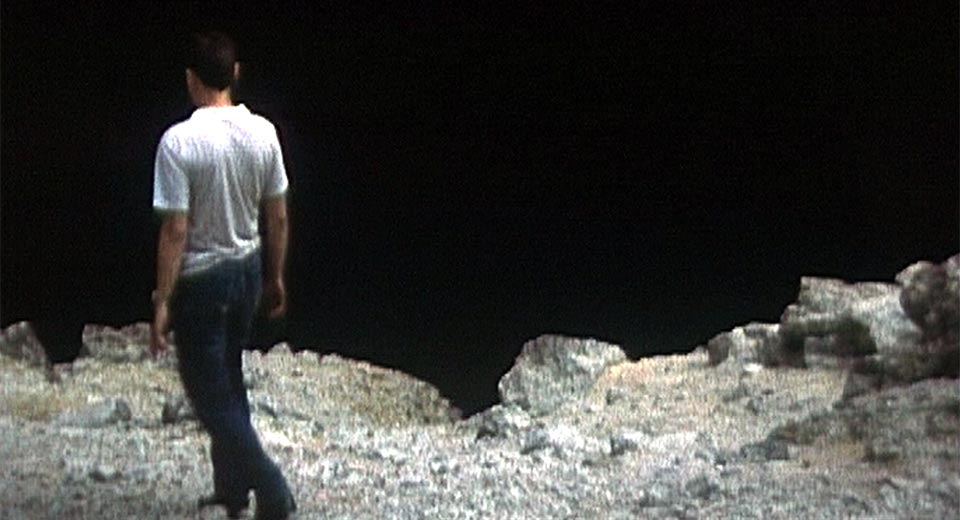 Shot on 8mm, Jean-Claude Rousseau's  La Vallée close unfolds as a series of geography lessons—"Lesson 5: the wind, clouds", "Lesson 7: the source, the stream, the river"—each acting as a frame which Rousseau fills with intricate collages of sounds and images. We see a waitress clearing a table in an empty cafe, hear Rousseau's voice chatting with someone on the phone. Bored-looking tourists stare at the mouth of a cave in a possible reference to Giorgione's The Adoration of the Shepherds. And fragments of the soundtrack from Godard's Contempt make a brief appearance as a cheeky polemical statement on non-narrative filmmaking.

Plenty of time is spent lingering on mountain landscapes, but the camera seems equally fixated on the private, the small-scale, the domestic. Bedside tables and hotel telephones make repeat appearances. And we often see Rousseau, silent and alone, sitting on the edge of a bed, or looking out of a window. Rousseau tries and succeeds at creating 8mm images on par with a Vermeer or a Giorgione painting—and the results are some of the most technically advanced and insistently beautiful compositions ever captured on film.

It would be difficult to overstate La Vallée close's accomplishments, which include synthesizing various tactics of the 60's and 70's avant-gardes—movie as diary, movie as meta-movie, movie as perceptual joke—into an entirely new form that Rousseau has gone on to master. And yet, La Vallée close is rarely screened, and has generally been ignored by English language critics. Light Industry's long-overdue, one-night-only screening, with Rousseau himself in attendance, is hopefully a sign of renewed attention for a major work that remains unfairly obscure.