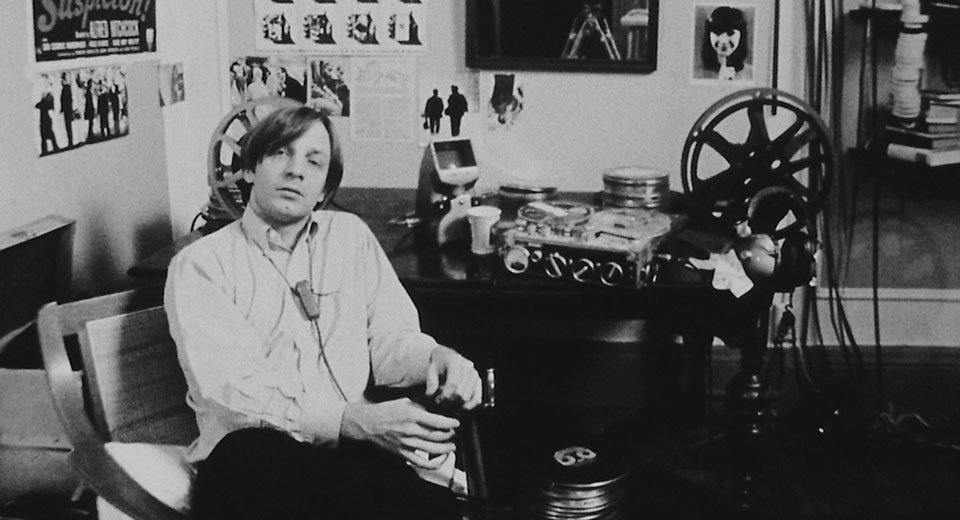 Despite still being criminally underseen, Jim McBride’s audacious first feature David Holzman’s Diary (1967) is at least a known quantity. Better authors than I have written at length about the metafiction, presented as a solipsistic young man (L.M. Kit Carson) attempting to find his life’s meaning by obsessively documenting it on film over several days. Holzman manages the neat trick of undermining the “personal cinema” style it’s also helping to define. Maybe that’s why it doesn’t feel incongruous as one-third of Anthology Film Archives’ series “Jim McBride’s Diaries” alongside two actual (if that word can apply) documentaries of McBride’s life, My Girlfriend’s Wedding (1969) and Pictures From Life’s Other Side (1971).

After Holzman’s pseudo-fictional, learn-nothing navel-gazing, it’s a relief to see McBride’s personal diary films. Not that they’re free of self-absorption, but they’re far more human, earthier, and more open. The reason for and highlight of the series is My Girlfriend’s Wedding—little seen, barely written about, and now beautifully restored from original camera negatives found in a film lab. Its disappearance was a case of poor timing: production company Paradigm commissioned what was supposed to be a short from McBride to pad out Holzman’s brief runtime; McBride ended up making an hour-long feature. Paradigm folded soon thereafter, and aside from its Whitney Museum premiere, Anthology’s 2009 McBride retrospective, and a 2011 UnionDocs screening, My Girlfriend’s Wedding quietly slipped from public memory. The restoration improves the audio while maintaining McBride’s muting of real names, a laughable move as Clarissa, his then-girlfriend and Girlfriend’s main subject, introduces herself and narrates a good chunk of Pictures From Life’s Other Side just two years later.

Like Extreme Private Eros: Love Song 1974 (1974), My Girlfriend’s Wedding involves a filmmaker trying to maintain and understand a relationship through a lens, offering simultaneous distance and intimacy. Girlfriend’s Clarissa is spacy as Eros’s Miyuki is certain; both women are determined to break from convention and live free, but Clarissa’s explorations are less confident. She states without hesitation she came to America “because of the revolution”, but “can’t remember” why she had to come here instead of staying in her native England. This sets up the film’s title situation—the easiest way for her to remain in this country is via marriage, but rather than “taint” her relationship with McBride with traditional trappings, she’s to marry a leftist publisher she met a week ago who’s game to undermine the square system.

Clarissa induces empathy and frustration, more the latter, in her struggles. Post-ceremony, boyfriend, husband, and wife sit sullenly drinking. Clarissa reveals she’s an hour late for her first day on the job, and she and her lawfully wedded get into the kind of facile labor debate I imagine dominates every DSA meetup. The film’s pregnancy scare coda makes Pictures From Life’s Other Side’s opening with a five-months-pregnant Clarissa feel like a punchline, before present-day realization of how close women are to losing bodily autonomy hits. Girlfriend ends with a non-honeymoon montage of McBride and Clarissa on the road, a sequence Pictures seems to pick up and extend with Clarissa’s ten-year-old son, successfully retrieved from England, in tow as the unconventional family leave New York and search for an America to call their own.

Pictures was sponsored, then suppressed, by the American Film Institute. While it’s understandable how new leadership coming into AFI might look askance at a preapproved hippie cross-country road trip featuring tree pissing and nude yoga, co-filmed by a kid with the stated determination of catching his mom fucking on film, the film’s blunt physicality is bawdy cover for a peripatetic illusion. Much of the supposedly freeing travel consists of motel rooms filled with banal television audio, and a reliance on machines (camera, car, and microphone) that break down, leaving the trio to entertain each other and themselves. Life’s Other Side ends with the family truly settling in every sense, not because they found home, but because they were tired of traveling.

The night after the ceremony in My Girlfriend’s Wedding, inertia and reality hit everyone. “We sat around and not much happened,” McBride says, as others wait to be told what to do by him, and he waits for inspiration to tell them. It’s a recurring theme across all three films: mere documentation doesn’t create a life. But McBride’s various attempts, whether reflected through another person, fictionally, or as a family affair, capture the human in all its goofy, grubby uncertainty, with the bonus of preserving the national ambivalence of the moment in amber.