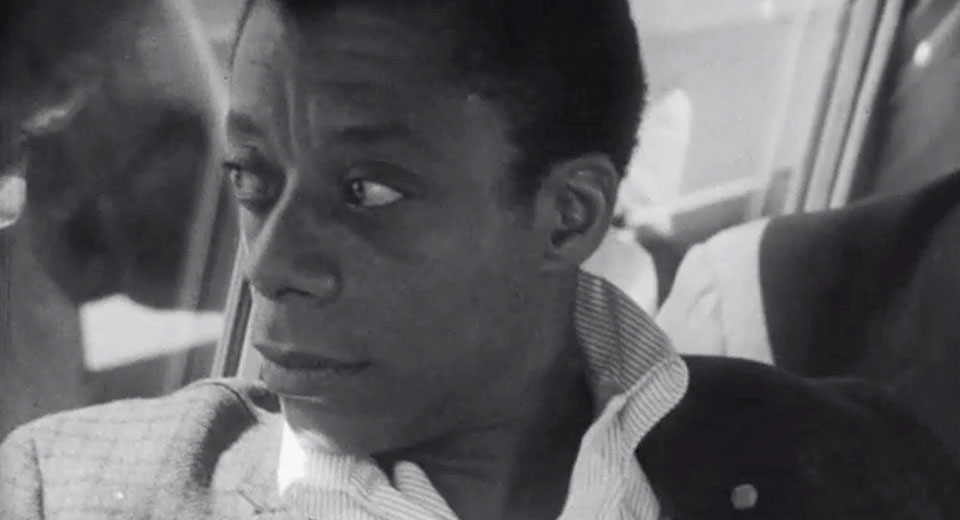 “Nobody wants to destroy the image of San Francisco,” James Baldwin mused as he watched the hilly cityscape of gleaming Art Deco facades drift by the car window. This was confirmed when Take This Hammer , a KQED television program documenting Baldwin’s tour through the iconic American city in the spring of 1963, was cut down by fifteen minutes before being broadcast – an attempt to downplay what one KQED board member called an “inflammatory, distorted, sacrilegious, extremist” depiction.

The recently restored hour-long “director’s cut” of the program is currently publicly available on the San Francisco State University’s open digital archive, DIVA, along with an insightful interview with director Richard O. Moore and other materials. Moore founded and led KQED’s documentary film unit – with a goal of supporting independent production protected by the public station’s educational mandate – and throughout the 1960s produced a provocative and eclectic range of programs featuring Elijah Muhammad, Merce Cunningham, Duke Ellington, and Eudora Welty, among many other cultural icons, political figures, and writers. Moore, a poet and former dancer, expelled from UC Berkeley in 1939 for his anti-war activism, was especially interested in covering the Black experience in America. With Take This Hammer he wanted to knock down the “polished veneer” that imaged San Francisco as a liberal cosmopolitan city, showing that the systemic racism that has long pervaded the country was in fact sustaining a deeply segregated city.

The structure of his program was carefully orchestrated to highlight its subject. White KQED crew were kept out of view as Baldwin was toured around, accompanied by a Black interlocutor – Orville Luster, an important local leader in youth rehabilitation programs. Scenes showing Baldwin looking pensively out the car window required an elaborately retrofitted Corvair station wagon, with the KQED mobile unit mounted on the car’s hood and in the rear to provide intimate shots through the windshield and over Baldwin’s shoulder. These scenes, with their feel of riding along with the writer through the Hunters Point and Western Addition neighborhoods, predominantly Black sections of San Francisco, vividly capture an alternate view of the city.

Along the way, Baldwin and Luster engage with residents, many of them angry youths whose fury surprised even Baldwin. It was the youths’ raw indictment of the city, detailing police harassment and poor working and living conditions, that KQED executives felt uncomfortable with and trimmed away. Aided by Luster’s community advocacy, Baldwin’s visit had an impact on many of those he met, admonishing Black youth to not give into the disenfranchisement white society mapped out for them but to envision that they might become President one day, because it would happen in this country eventually, hard as it was to imagine at that moment. Take This Hammer concludes with a stirring Baldwin monolog, delivered in Moore’s living room. Baldwin is likely speaking to Moore directly, as he is speaking to all white people, in observing that the racist treatment of Black people reveals a great deal about white culture and its failings: “I give you back your problem.”

In 2012, Moore reflected on how strikingly relevant Take This Hammer continues to be, showing America’s legacy of institutionalized racism. Now, in a summer of widespread Black Lives Matter protests facing often violent confrontations with the police and federal agents that could reshape how the country’s liberal cities are viewed and governed, Baldwin’s incriminationof the white liberal establishment that itself plays a part in nurturing racism reminds us that the geographic battle lines are not just those mythologized by the Civil War. Of the countercultural utopia by the Pacific Ocean, Baldwin said: “There is no moral distance...between the facts of life in San Francisco and the facts of life in Birmingham.”