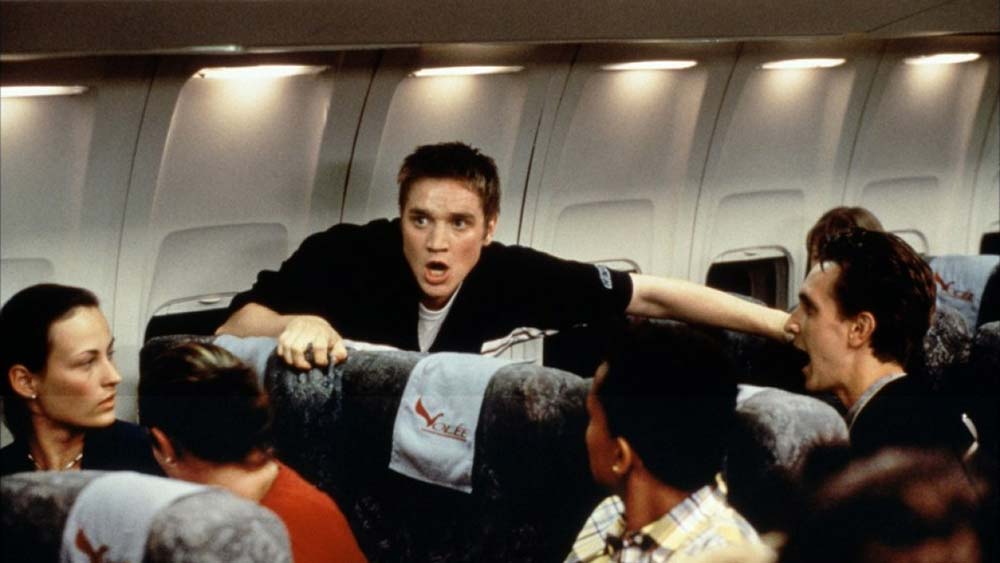 Following Hollywood’s mid-’90s surge of postmodern slasher films—starting with Scream (1996) and ending with Urban Legend (1998)—it made sense that the new millennium would bring something new to the genre: an invisible killer. It could be argued that iterations of the Invisible Man character delivered on this premise—particularly in the more shocking renditions of the story, like Paul Verhoeven’s Hollow Man (2000)—but slasher films typically rely on the killer being visible to elicit the thrills (and body counts) inherent to the genre.

Originally planned as an episode of The X-Files, Final Destination (2000) brought TV veteran James Wong to feature films for the first time. He found comfortable footing in its amalgam of the unexplained phenomena of his hit show and the hip teen horror that had been dominating multiplexes for the past few years. On paper, the conceit of the film—in which a high-school student has a vision of a plane exploding with him and his classmates aboard, prompting them to exit the plane before it actually does—doesn’t sound ripe for the slasher-film archetype, but Wong goes to great lengths to create something cinematic out of the unseen.

The idea of an unseen terror is hardly new for horror films—some of the best films of the genre (like Cat People, 1942) rely heavily on off-screen space for their jolts—but utilizing that device for a series of death scenes feels counterintuitive. Instead of showcasing murders at the hands of a person or entity wielding weapons, Wong stages each death as an elaborately executed accident, allowing the viewer to witness the various conditions responsible for the moments of carnage, like a gruesome game of Mouse Trap. Even so, Final Destination—unlike its more grand-guignol sequels—is hardly a gory film compared to its contemporaries. Like The X-Files, it’s far more concerned with pervasive anxiety and paranoia than momentary shocks.

Final Destination exists in a strange, perhaps singular, space when it comes to teen horror films of the era. It largely avoids the metatextual elements that made Scream so successful—even if it has characters named Val Lewton (who produced the aforementioned Cat People), Murnau, Schreck, and Hitchcock—and is never as relentlessly grim as the torture-porn films that would take over the genre in coming years. It recalls a time when horror didn’t have to be seen to be believed, allowing old genre conventions and practical filmmaking tricks to mingle with hot, young talent and CGI. In light of its far more outrageous sequels, it feels simultaneously quaint and ahead of its time.

Final Destination screens this morning and tomorrow, October 29 and 30, at Nitehawk Williamsburg on 35mm as part of the series “Scream Teens.”