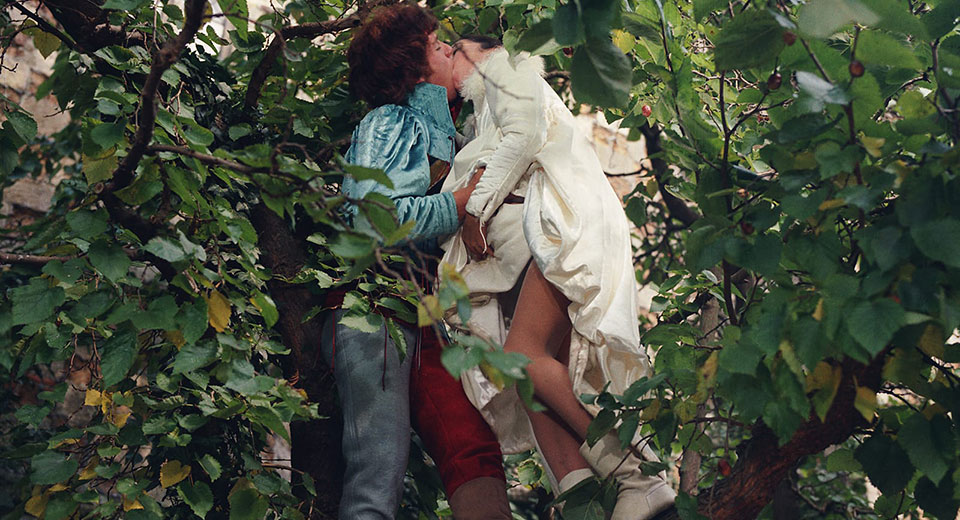 Lush and affectionate, “Peerless” Paolo Pasolini’s bawdy adaptation of Geoffrey Chaucher’s The Canterbury Tales occupies a neat little groove in cinema history, sharing a narrow strip of release date real estate with Walerian Borowczyk’s similarly sumptuous Blanche and Woody Allen’s equally side-splitting episodic Everything You’ve Always Wanted to Know About Sex (But Were Afraid to Ask). Narrated with winking metatextuality by Pasolini-as-Chaucer, this Medieval road movie pays equal heed to the era’s splendor and squalor, with pleasures in store for every manner of degenerate.

Like a pre-Reformation Kinsey study, the devious anecdotes portrayed therein provide shocking, though hardly surprising, insight into the appetites of “everyday people,” past and present. Yanking Chaucher’s 14th-century roman à clef from the pedestal of “high art,” Pasolini’s account retains the humor (much of it scatalogical) and the humanity of its source. Noblemen, petty merchants, shysters, and old sluts slouch their way toward salvation, leaving glistening snail trails of ribaldry in their collective wake. In crowded dining halls or intimate bedchambers, our narrator/director wields an unflinching gaze against the unwieldiness of the human body – born of mortal sin, cursed with lifelong discomfort and still, somehow, the only suitable vessel for an immortal soul. “Between a gesture and joke,” muses one tattoo’d peasant, “truth can be told.” Our authors bedeck this ugly honesty in bridewealth and courtly finery, but leave uncovered the timelessness of human folly – that incurable malady with which we are afflicted.