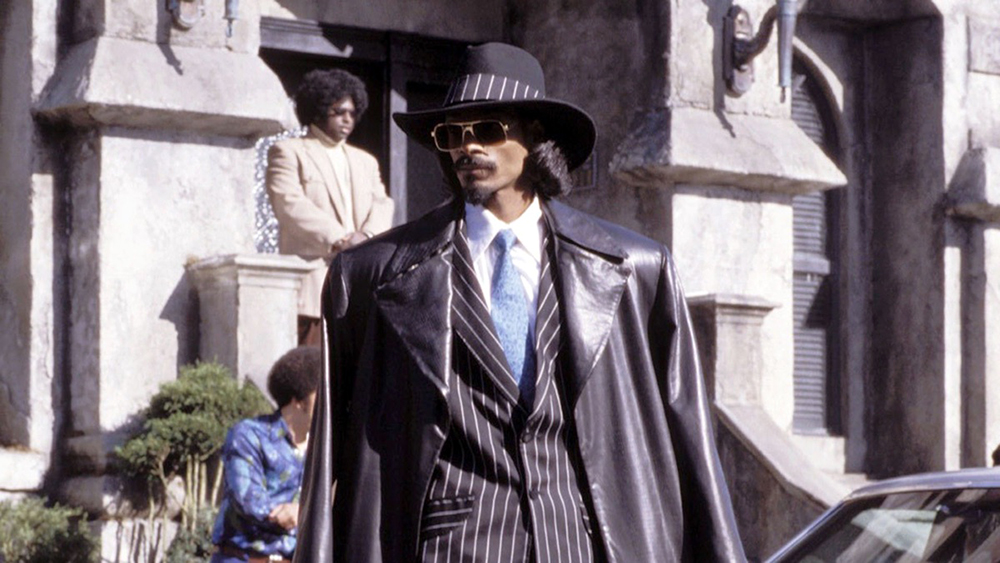 In the supernatural crime film J.D.’s Revenge (1976), Arthur Marks’s fourth blaxploitation film of the decade, a college student is possessed by the soul of a murdered gangster. In Ernest Dickerson’s Bones (2001) the gangster and neighborhood icon Jimmy Bones (Snoop Dogg) is murdered by a corrupt cop, his best friend, and his lover, among others, only to return from the grave two decades later, hellbent on revenge.

Both Marks’s and Dickerson’s films mingle tropes of crime cinema with horror. Where J.D.’s Revenge pulls from gangster films of the 1940s, putting itself in the burgeoning ranks of the neo-noir genre, Bones is referencing the blaxploitation films of the ’70s—including, and perhaps specifically, Marks’s film. Both films are set in cities with clear racial and economic divides, J.D.’s Revenge in a bustling New Orleans and Bones in an unnamed, rather generic American city (it was shot in Vancouver).

Bones is a horror film through and through. The crime elements are largely presented in the context of flashbacks, in which the ghost of Jimmy Bones acts as a proxy—not only for the fallen gangster himself, but for the ruins of the city in which it takes place. Much of the action, or horror, of Bones takes place in the now derelict building in which Bones was murdered. Naturally, it has been purchased by an enterprising group of young people who plan to turn it into the next nightlife hot spot, further gentrifying a neighborhood that they have been asked (and told) to stay out of.

Dickerson had already directed one of the best horror films of the 1990s with Tales from the Crypt: Demon Knight (1995). Bones retains the type of EC Comics flair that pervades Demon Knight, showing a reverence for the genre in all manner of references from Suspiria (1977) to A Nightmare on Elm Street (1984) and a Crayola red vibrancy to the blood that wouldn’t look out of place in George Romero’s original Dawn of the Dead (1978). Despite its tributes, Bones never feels like empty homage or, worse, a Kill Bill–esque barrage of fans-only gimmickry. Rather, Dickerson uses his high esteem for horror in all of its manifestations to create something wholly unique, taking what Marks did with J.D.’s Revenge and updating it for horror audiences of the new millenium, who came of age in the era of metatexts like Scream (1996). It’s a bloody, maggot-filled haunted house where severed heads talk, the walls are made of bodies, and your date just might turn into a dog from Hell.

Bones screens this afternoon, July 5, at the Museum of Modern Art as part of the series “Messaging the Monstrous: Horror of Place.”