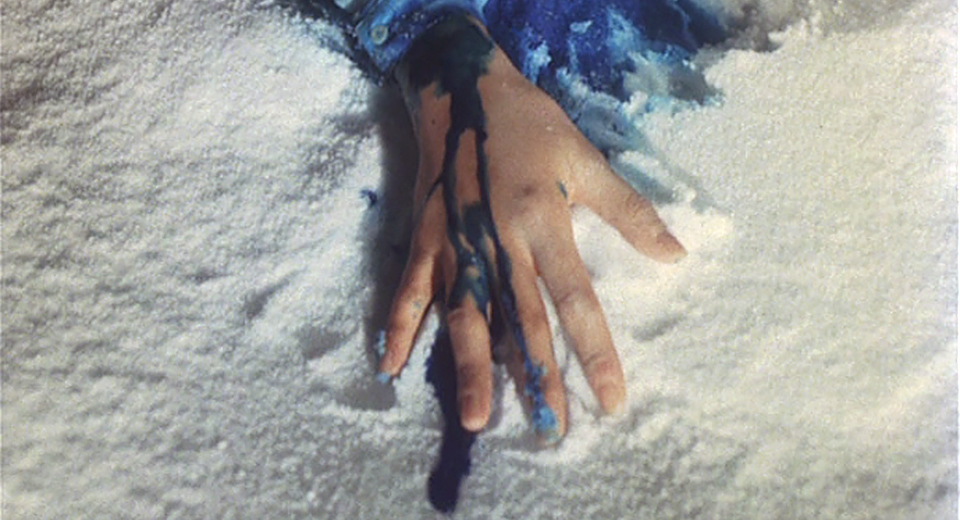 Japan Society’s 2017 Globus Film series Beyond Godzilla: Alternative Futures & Fantasies in Japanese Cinema continues tonight with Kihachi Okamoto’s rarely screened 1978 sci-fi satire Blue Christmas , a curious but welcome departure from his more popular Jidaigeki and Yakuza films. From Kyoto to Kansas City, an unlikely epidemic advances across the earth: blue-blooded humans (literally) are sighted and stigmatized, generating an international intrigue we later learn is a result of the victims’ having directly witnessed the presence of “UFOs.” By design, panic and persecution erupts—and “law and order” ensues—at the hands of global military forces, natch.

Of particular interest is protagonist Oki’s (Hiroshi Katsuno channeling Gene Hackman) overseas investigation in Koch-era NYC—an unexpected mindwarp in contrast to the homogeneity of cast and setting (unquestionably Japanese) established in the first half of the film. This sequence marks a tonal shift, indicating the underlying seriousness of Okamoto’s subject matter: for its frivolity, it’s clear the film has less to do with imaginary aliens and more to do with backward, racist anxieties right here on spaceship earth. Ouch.

Viewers will be pleased to find multiple points of entry into what may otherwise be considered a minor cult film: Japanophiles, historians, conspiracists, sociologists, cultural critics, media theorists, science fiction and fantasy fans alike will all see something worth sorting out in Blue Christmas. While the film suffers somewhat from expository dialogue and an unnecessarily epic 130-minute runtime, what it lacks in narrative structure is offset by black comedy, rhythmic editing, offbeat critique, and a killer closing sequence. I hereby nominate Blue Christmas for induction into the annual American home holiday film fest, to pack a punch alongside more traditional Yuletide classics; think of it as a surprising smear of horseradish atop that humdrum slice of leftover turkey, whose flavor is strangely enhanced by the burning in your sinuses—reminding you to breathe.