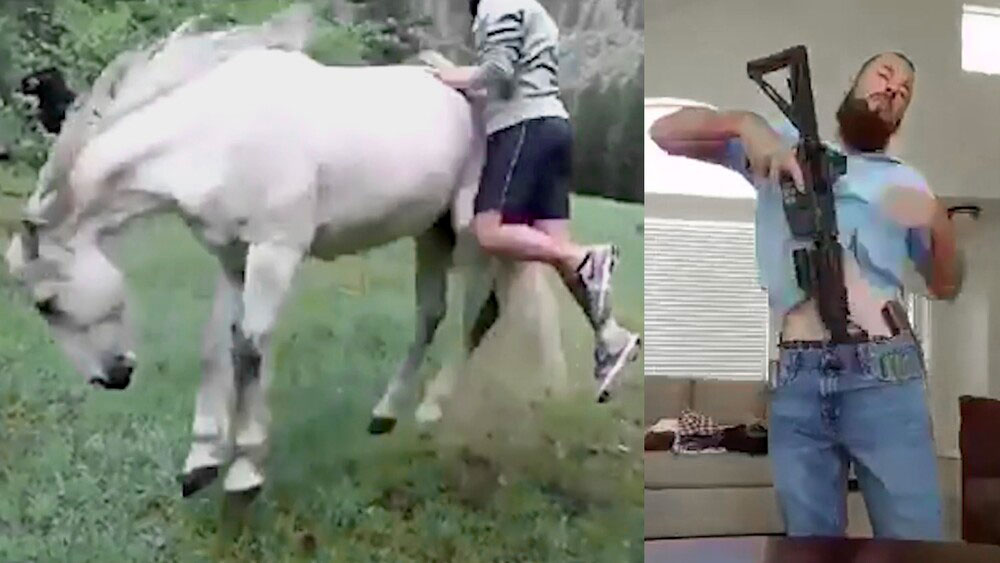 Arthur Jafa’s The White Album (2018) is a 29-minute video collage and radical mixtape: essay film, history film, and music video interpolated with confessionals and internet virality. Like his earlier moving-image works Apex (2013) and Love Is The Message, the Message Is Death (2017), The White Album is assembled from produced and found footage, but unlike the earlier works, whose artifacts flicker forth with rhythmic propulsion, The White Album moves much more slowly as it gazes upon scenes of vulnerability and horror.

In the 2017 music video for Oneohtrix Point Never and Iggy Pop’s song “The Pure And The Damned,” directed by the Safdie Brothers, Robert Pattinson roams a neighborhood with a sword, eventually finding a wild animal mid meal. The animal looks up, eyes wide, teeth bloody, and stares at Pattinson, who cocks his head and raises the sword. As synthesizers crescendo, he blinks out of his murderous impulse and the animal cocks its head, acknowledging being acknowledged. The video then cuts to Iggy Pop, rendered as a CGI (re)animated corpse, singing in the street.

The White Album samples both audio and video from “The Pure and The Damned” in addition to archival footage of the 1970s fusion band The Mahavishnu Orchestra, whose white guitarist and Black drummer warm up and tune their instruments before offscreen piano chords boom. A cut brings us to Iggy Pop, on the street, along with music from “The Pure and the Damned.” Only the drumroll from the previous shot continues across the cut. Next, we see video portraits of white men and women wearing blank faces. These are staff members from Jafa’s then art gallery, Gavin Brown’s Enterprise. The camera lingers on their hair. Iggy Pop sings, “Every day I think about untwisting and untangling these strings I'm in.”

This sequence demonstrates one method at play in The White Album. By estranging image from sound and then remixing both into critical knots, Jafa appropriates the tactic of appropriation itself: obscuring origin, taking something from someone else, and making it work for oneself. We know that American music traditions emerged from the musics that enslaved African peoples brought to North America and developed here, but few visual artists go so far as to articulate how white-that-was-once-Black music is used to support white terrorism.

Jafa was a few days shy of eight years old in November 1968, when the Beatles released their self-titled double LP known as the White Album. Within months of the album’s release, Charles Manson adopted the title of one of the songs, “Helter Skelter,” to refer to the race war he hoped to bring about in the name of white supremacy. In Jafa’s The White Album, we see contemporary incarnations of Manson’s evil. Surveillance footage shows Dylann Roof parking his car and walking into the Emanuel African Methodist Episcopal Church in Charleston, South Carolina, while Iggy Pop croons “the pure always act from love / the damned always act from love.” We then see the scene of eye contact between Pattinson and the animal, but Jafa cuts back to the church surveillance camera before Pattinson backs down from his aspiration to violence. Instead, we see Roof emerging calmly into the night after massacring nine congregants.

Later in The White Album, Jafa samples the 2015 Oneohtrix Point Never song “Animals” (“We sit by the side / And observe all the animals .‌ . . Primal rage / Life in a cage”) as an iPhone video runs of a man demonstrating how quickly he can load and use an assault rifle, pistol, and extended magazines hidden under a t-shirt and jeans. The song continues as we see a Black character in Grand Theft Auto killed in the street and then a Gavin Brown sales associate smiling and scanning passerby in an art-fair booth.

In Jafa’s work, hinged sounds and images—many we may have already heard and seen, with preexisting velocity—generate expanded possibilities beyond their discrete aesthetic and political values. Jafa explores how visual media communicates the vitality and survival of Black people—their labor, their ideas, their songs—in the face of coordinated violence. His work also highlights the tendency for these histories to be abstracted into oblivion.

Linking brainwashed terrorists to cool New York art dealers to video games, Jafa’s The White Album is a stunning experiment of affective juxtaposition and an open-ended lesson book on how music and violence are braided together in life and online.

The White Album screens Wednesday–Sunday, noon–8pm, through mid-October at 5 West 125th Street, under the auspices of Gladstone Gallery. 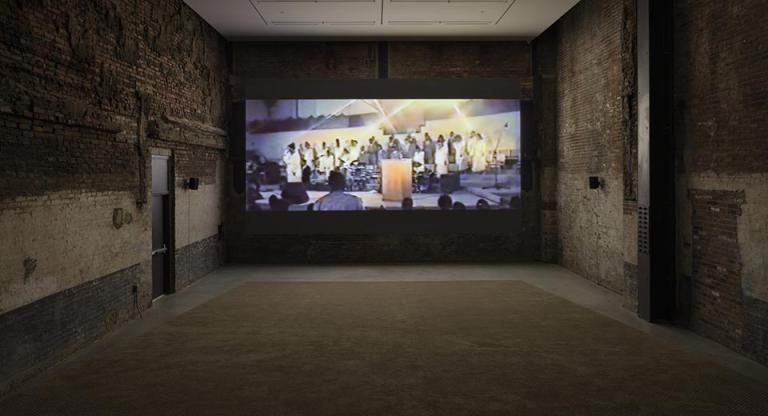 Chasing the Moon: An interview with Dawn Suggs 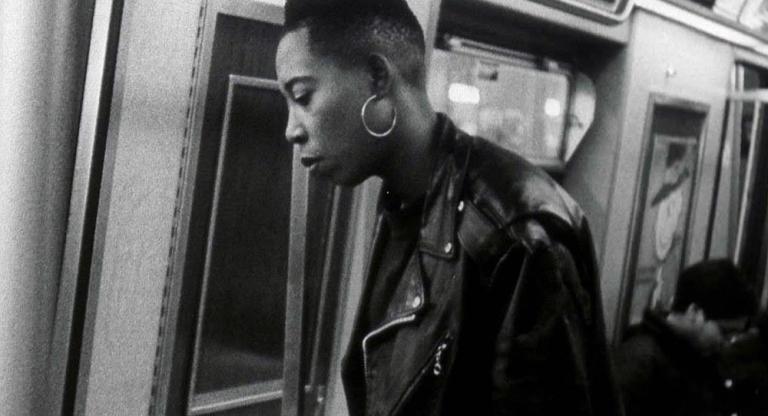