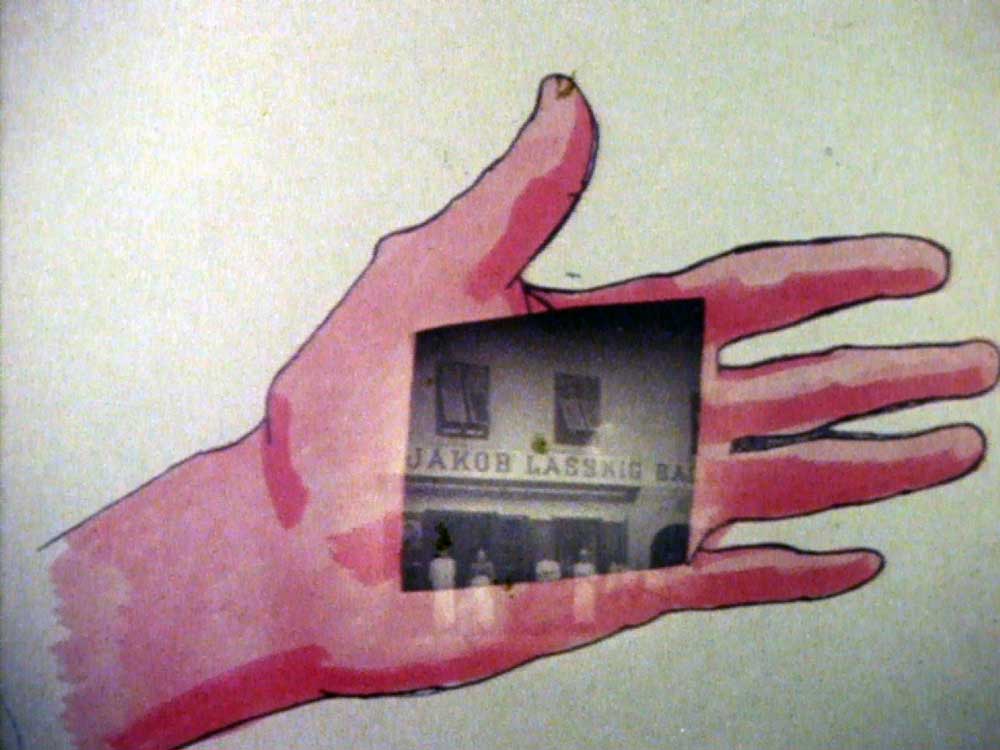 As the title overtly suggests, the overlap of these films is hands as locus of cordoning and categorization. These are far cries from Bresson’s loving close-ups on dexterous digits, or Verhoeven’s feminine signaling in masculine genres. They’re short, roaming meditations on the boxes societies try to shove people into, usually for the worse. A Rough History explores the weaponization of fingerprints’ indelible identification across Europe, turning whorls and ridges into an abstract, ever-shifting topography as different voices discuss Europe’s centralized database, EURODAC, and rare diseases that eliminate prints. For anyone unfamiliar with Lassnig’s work, Palmistry is a lovely introduction, showcasing her sense of humor and fluidity. Palms don’t enter the picture until a third of the way through, after a charming song encouraging ladies to snack away; its line “as long as you eat you do not die” offers a refreshing counterpoint to the advice column staple of a reader “concerned” about a colleague or loved one’s specifically noted weight (for their health, of course).

Where A Rough History muses on legal actions, Palmistry swerves attempts to pin its women down — after negating all her male palm reader’s analysis, the female querent transforms into a cartoon witch and flies off, denying categorization even as she mocks a female stereotype. It’s doubly amusing that a man presents himself as chiromantic authority in the face of persistent contradiction; I believe the surging interest in astrology, tarot, and other means of divination is partly as intuitive alternative to the patriarchal logic-system of western medicine and social organization. While the scientific method is dear to me, it’s a fact that these systems consistently undermine and under-diagnose female patients, not least by offering medications whose side effects, with rare exception, exclude them from trial studies. This tangent is exactly the kind of mental detour Another Screen’s juxtapositions encourage.