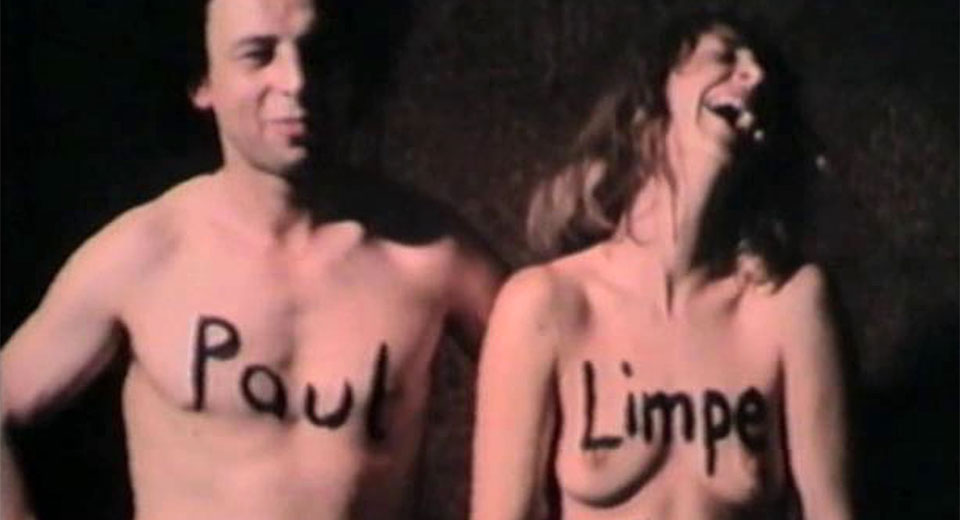 Screened tonight at Goethe-Institut  in conjunction with musician Limpe Fuchs' stay in New York, Anima-Sound: Mit 20km/h durch Europa is a singular countercultural document, rarely seen since its 1972 television broadcast. Via time-based arts organization Blank Forms, Fuchs will administer a series of daytime workshops and an evening concert in Madison Square Park's Prismatic Park; next week she'll perform at Artists Space. Here, she'll appear for a conversation on the film and her work.

Limpe and then-husband Paul Fuchs started Anima-Sound in 1970, while they floated within the heady bohemian landscape built primarily by children of the war. Members of Popol Vuh, Tangerine Dream, and Guru Guru were in their circle, as was composer Helmut Lachenmann—it checks out, since Anima-Sound's music seems to exist on the margins of what you might call Krautrock, intermingled with free jazz and the angular influence of Stockhausen. Just as Währungsreform and cultural reconstruction had attempted to build the German economy and national identity from the ground up, the duo were imagining musical possibility from square one. Many of their instruments were homemade (the Fuchshorn, the Fuchsbass, et cetera), the musical structures were free, and they generally seemed to harken back to a cosmic reiteration of Germanic folkways and ritual.

Following the release of their second album Stürmischer Himmel,  Anima-Sound embarked on a freewheeling tour to promote the record, traveling from Bavaria to the Netherlands in a tractor-pulled mobile home. Accompanied by their two young sons and a sheep, the couple would make occasional stops to perform outdoor concerts to audiences, using their home as a stage. This travelogue captures the trip and performances, as well as the pastoral post-war European backdrop. It's a document that will sure to make you hesitantly nostalgic—both for the exhilarating political environment of the early '70s and the animism of pre-modern life .