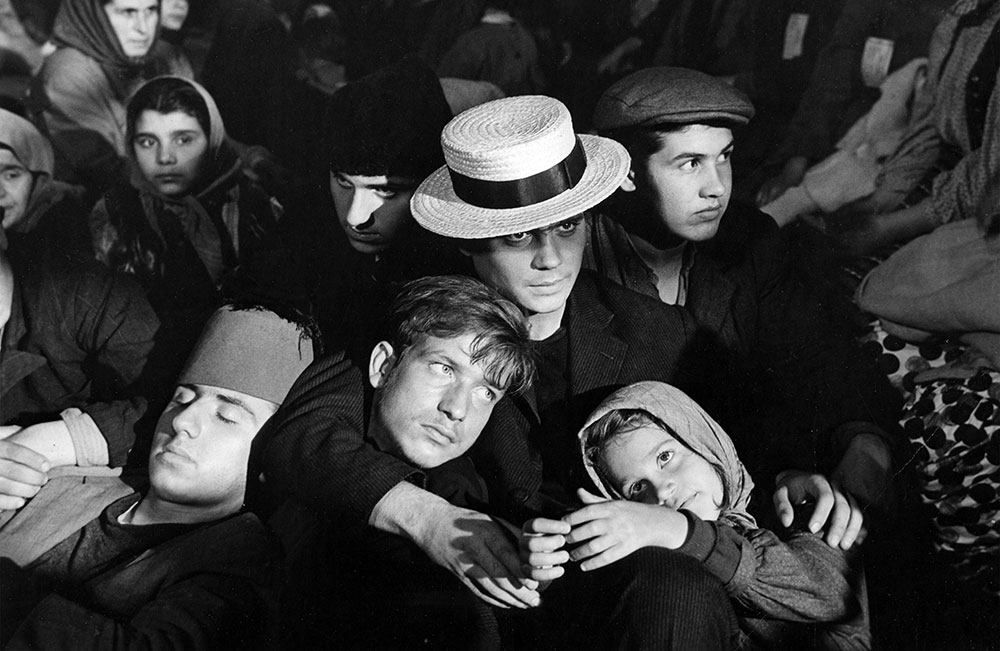 It might not be possible, but is nonetheless advisable, to divorce Elia Kazan’s immigration drama America America (1963) from the nation it rhapsodizes in its title. In its finest moments, the film captures the chaos of the refugee experience, during which the brotherhood of man is at its most tenuous and personal histories are dislodged from the objects, places, and relationships that defined them. The film appreciates the monstrous human cost of these transnational journeys, but as the beneficiary of his own immigrant family’s winning gamble on the American dream, Kazan can’t help but honor the land of opportunity as worth the price of admission. In 1974’s Kazan on Kazan, the director acknowledged to Michel Ciment that he might have inadequately distinguished his own vaguely humanitarian values from the Hobbesian capitalist milieu of the film’s America. In the 21st century, which will certainly be defined by refugee crises, Kazan and cinematographer Haskell Wexler’s eye for the details of uprooted lives on the move feels more profound than his lead character’s pathological obsession with America.

An ethnic Greek living in Anatolia, Stavros dreams of crossing the Atlantic while tension between the Turkish government and the Armenian minority escalates. When the political situation becomes violent, his father puts everything worth anything on a donkey and sends his son to Constantinople to join a cousin in business. On the road Stavros is quickly stripped of his family’s wealth by bandits and con artists, forcing him to quickly reshape himself as a hardened survivor with a monomaniacal fixation on America. His journey before the crossing, roughly equalling the film’s first half, is the richest stretch of the film, during which his fortunes rise and fall while he formulates a persona that might carry him you-know-where. Here he uneasily bears the weight of a family that has assigned to him their salvation from political instability and poverty. (Kazan himself voices a prologue and epilogue explaining that the events of the film are based on his Uncle Joe, who successfully emigrated to the U.S. and subsequently sent for relatives one by one over the course of years.)

Kazan being Kazan, sexual neuroses color the journey at every stage. Oedipal tension is there in the way he caresses his mother’s face before lunging into a passionate embrace the night before his departure. The camera follows her hand as it slowly reaches into his lap… for the prized family rug that she’s sending with him on his odyssey. It’s also there when he asks his grandmother for money but only receives a knife for protection. He rummages through her home shouting and looking for money, which she says is hidden beneath her clothes. He clutches the knife she had just gifted him, and contemplates an unspeakable violation before recognizing his moral limit. In Constantinople Stavros romances a wealthy older Armenian ex-pat while her husband lies passed out and snoring mere inches away. These Kazanian flourishes, along with the early evocations of migrant life, provide most of the film’s richness, independent of the nation implored twice in the title.