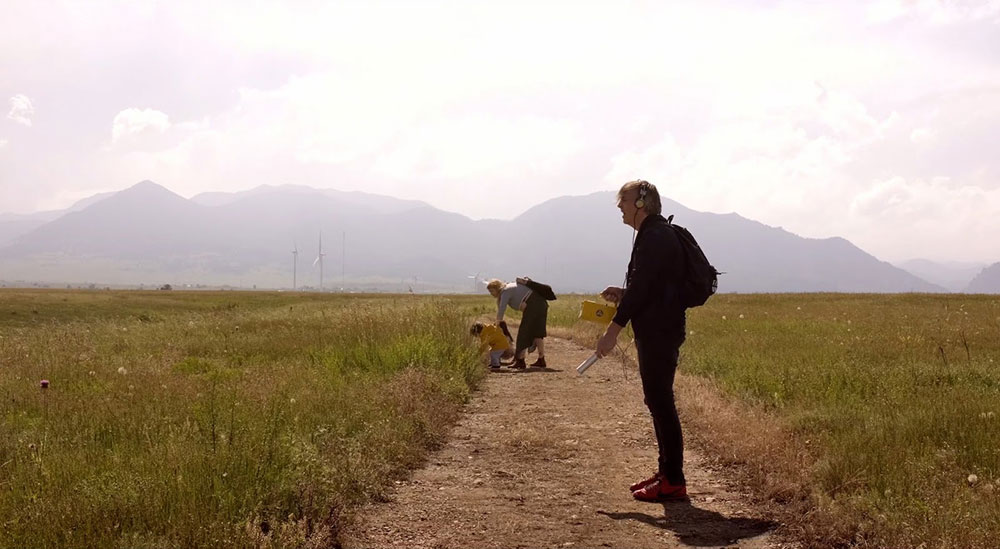 Nuclear Family (2021) opens with co-filmmaker Travis Wilkerson’s signature dispatches-from-dystopia narration, in which he relates how a family field trip in his teenage years to various nuclear missile sites (an obsession of his mother’s) had dispelled persistent nightmares of annihilation—nightmares that had returned after Trump’s election in 2016. In the hopes of clearing his mind again of atomic anxiety, he plans a similar journey with his own young family: his wife and co-director, Erin, and their children, Adva, Dalton, and Matilda Jane, whose face is familiar from a particularly poignant moment in Travis’s previous film, Did You Wonder Who Fired the Gun? (2017). Rather than dwell on the human damage wrought by nuclear war, as films like Threads (1984) or Testament (1983) have done, Nuclear Family presents a radical thesis: “the destruction of Native America and the threatened destruction of the world are the fingers of two hands intertwined.”

The majority of the documentary is devoted to footage of various missile sites, seemingly innocuous expanses of green and beige whose windswept grasses are revealed to contain a history of violence. The same land cleared by genocidal massacres in the age of Manifest Destiny would provide during the Cold War a space vast and empty enough for the sort of weapons development and testing that, with lethal shortsightedness, turns fertile fields into deadly acid pits and irradiated zones. These sites are often upwind of the suburban enclaves developed to proliferate “nuclear families” in the same anxiety-filled era. Nuclear Family lingers long on these landscapes, interrupted with test footage of mushroom clouds that silently bloom, over and over again, like sky-sized tumors; all is overlaid with the sounds of the Wilkerson family splashing in hotel pools and the piercing, electric hum of cicadas—a haunting soundtrack for haunted places.

The presence of the Wilkersons’ children, the recollections of Travis’s mother’s obsession, and various pop-cultural references make the film’s various layers—of personal and political, of different eras, of congruent massacres—rich and radical. Like other, preceding landscape documentaries (Landscape Suicide [1987] and The Prison in 12 Landscapes [2016], for two), Nuclear Family patiently and potently explodes the seemingly passive spaces of the American West, revealing the death-cult strata hidden beneath.

The film screens with Hope Tucker’s What Travelers Are Saying About Jornada del Muerto (2021), a short that similarly juxtaposes fairly inert footage of tourists visiting a nuclear testing site in the New Mexico desert with an vacant soundtrack and captioned comments made about the experience. The mood of both projects is perhaps best captured by the mind-melting absurdity of the following, from one anonymous Traveler: “Due to the radiation, we sent our dogs to Camp Bow Wow for the day.”

Nuclear Family and What Travelers Are Saying About Jornada del Muerto screen tonight, May 6, at Anthology Film Archives as the Centerpiece selection of Prismatic Ground 2022, co-presented by Maysles Documentary Center and Screen Slate. 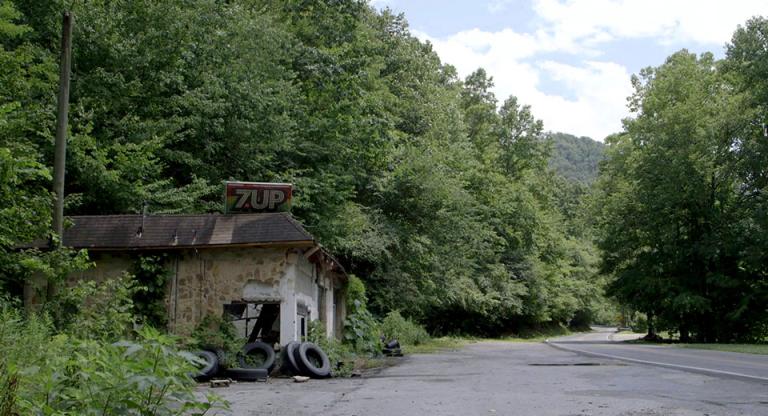 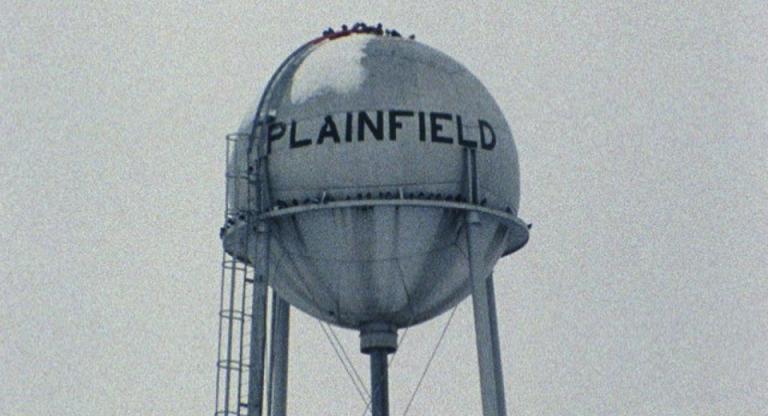