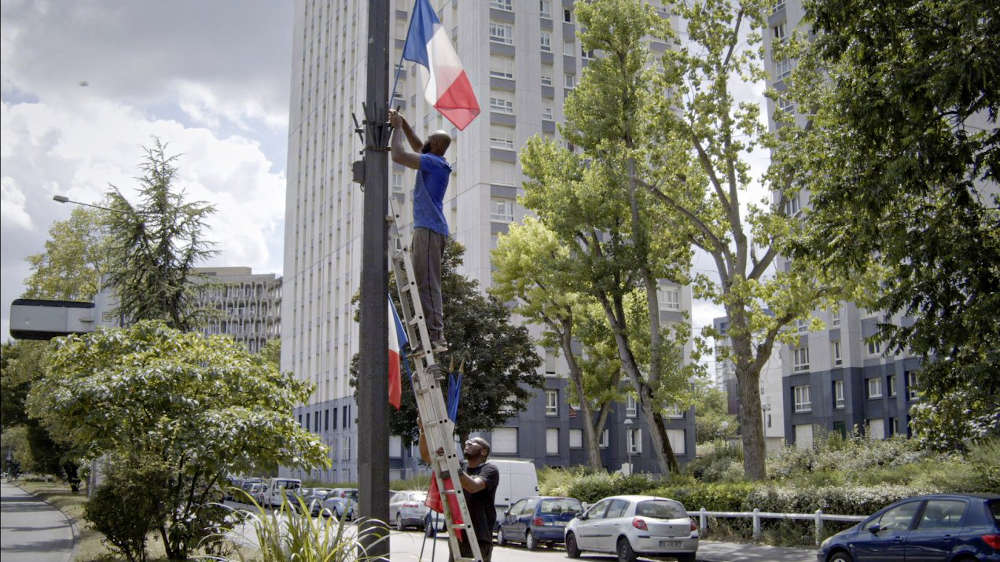 An elderly man musing about his late wife, teenagers bickering over their phones, men and boys hunting in the forest: these are some of the people Alice Diop meets and films in Nous (2020), loosely set along the route of the RER B train that runs from Paris to the suburban banlieues. Diop is a stoic observer of her subjects, and even of herself, yet Nous is vividly vulnerable. Diop captures herself in the naked process of questioning. Where is the individual in the national question of “we,” especially someone like her, the daughter of Senegalese immigrants, raised in the Aulnay-sous-bois housing projects outside Paris? What can be said of an individual who forgets her history? Memory is so fickle, but for Diop, the camera offers salvage.

We meet the subjects of Nous in the midst of their ordinary lives. They are working, playing, conversing, digressing—some are laughing at the fact of being filmed. Diop lingers just long enough to encounter, never long enough to understand. Even surfaces, though, are rich in Nous. There is something raw in the act of observing someone, holding on to the curvature of their expressions, catching the ways their eyes wrinkle with certain words. A worker calls his mother in Mali, who he has not seen in over a decade: his voice cracks, just so briefly, into the phone. Diop’s father, when asked to reflect on his immigration, insists that the overall result was “positive,” but he looks away from his daughter’s camera as he responds. Diop never imposes meaning on these moments, but her suggestions are lacerating.

In an interview, Diop explained that she began challenging what “we” meant in the aftermath of the 2015 Charlie Hebdo attack. During a unity march, Diop was asked why she wasn’t singing the national anthem. “Because I don’t sing the national anthem with just anybody,” she replied. A Libération headline would later assert “Nous sommes tous Charlie” (“We are all Charlie”), but such a sentiment rang hollow to Diop, who saw that those at the march were mostly white, and who had long felt that the stories of the poor, immigrants, and people of color in France were minimized in the national narrative. Nous, to Diop, did not feel complete until she was willing to include her own story. The film is accordingly woven with fragments from her own life: footage of her parents, reminisces from her younger years. Nous, in this sense, is Diop’s assertion of belonging.

Diop is fixated on memory. To remember is to exist; to forget is to erase entirely. “I regret all that has vanished, been erased,” she says over a video of her family, wishing she had filmed more of her late mother, who “is always a silhouette on the edge of a frame, always ready to disappear.” These are moments in which Nous feels almost like a confession, brimming with the guilt and longing that emerges when we reach into our pasts. Such feelings receive no closure here. Reconciling ourselves with who we once were is something subterranean, beneath the possibility of words, and whatever answers Diop finds are hers alone. She describes a dream she once had, opening the door to her family’s old apartment, only for it to feel like “opening a tomb, but a tomb in which there was no body.” This is ultimately how it feels to watch Nous: we are surrounded by the hot breath of the ghosts of our pasts, but—as much as we want to—we can never quite extinguish them.

Nous screens this evening, April 3, at Film at Lincoln Center as part of Art of the Real 2022. Director Alice Diop will be in attendance for a Q&A. 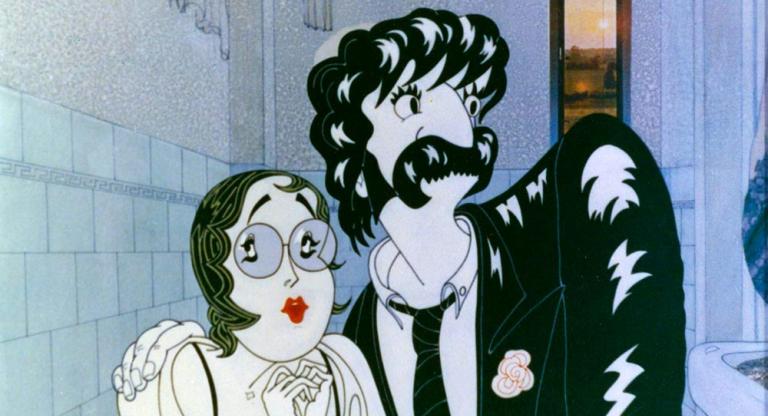 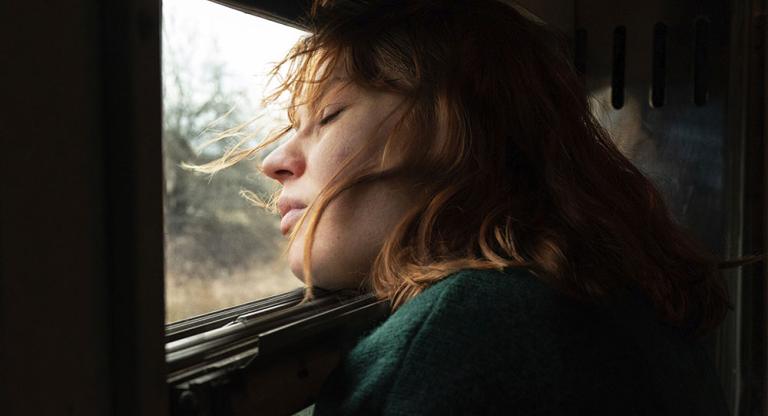