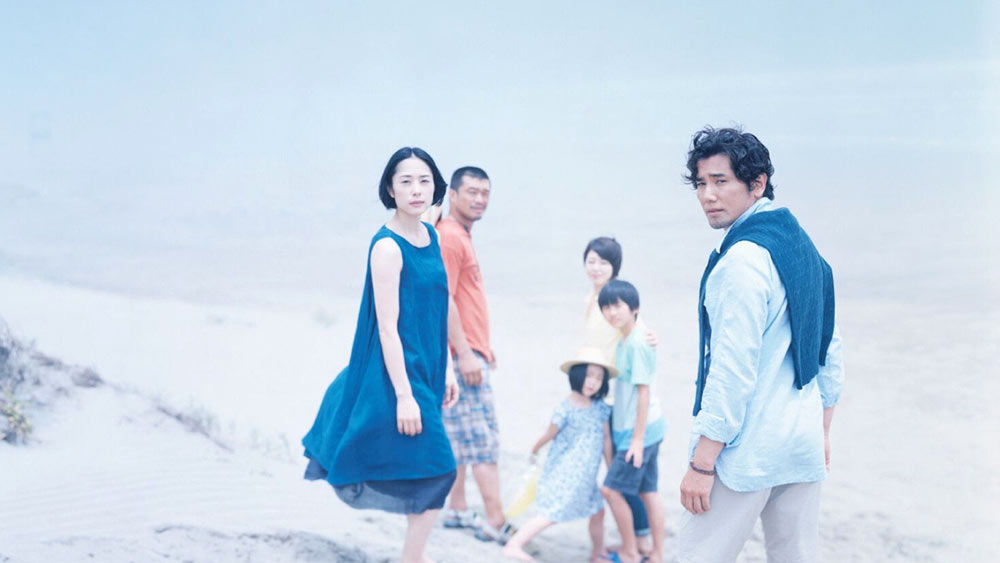 Japan Society’s series “Flash Forward: Debut Works and Recent Films by Notable Japanese Directors” highlights directors that are well-known in Japan, but to varying degrees obscure outside of the country. Pairing the debut films of these directors—including a rare screening of Naomi Kawase’s Suzaku (1997)—with contemporary works, the series paints a portrait of the expansive careers of some of Japan’s brightest stars. Miwa Nishikawa, who began her career as a student working for Hirokazu Kore-eda, is one of the lesser-known directors in the series, but her debut Wild Berries (2003) and 2016’s The Long Excuse are singular works about familial catastrophe.

Wild Berries, produced by Kore-eda, belongs to the storied cinematic tradition of peeling back the layers on a “normal” family to find the rot underneath. Fans of The Crazy Family (1984) and Visitor Q (2001) will recognize the creeping feeling of dread as things get progressively worse for the Akechi family. The patriarch has lost his job and sinks deeper into debt, lying to his wife and children and pretending to go to work every day. The mother is bored and repressed, tasked with taking care of her husband’s dementia-addled father. Their daughter is a straight-laced teacher, and their prodigal son returns after ten years of banishment for stealing from his family. The Akechis are a motley crew who finally come together during their grandfather’s funeral only to completely collapse under the pressure of debt and unsettled disputes. Nishikawa’s first film is bitter and tragicomic; as in life, there’s always something to laugh at in the midst of tears.

The Long Excuse, based on Nishikawa’s own novel, shows how the director has developed in the years since her debut. Like Kore-eda’s Shoplifters (2018), The Long Excuse is about choosing one’s own family amidst tragedy: Sachio’s and Yoichi’s lives couldn’t be more different, but when both men lose their wives in a snowy bus accident, their fates collide. Both are drowning in grief; Sachio recognizes that Yoichi and his two children need help and becomes the kids’ de facto nanny as he sorts through his own emotional wreckage. Sachio is a best-selling author, and his self-serving eulogy for his wife as press cameras snap away is one of the film’s bleakest scenes. Out of a story that could be maudlin and sentimental in lesser hands, Nishikawa crafts a blackly comic tale of redemption and finding love and family where you can, not necessarily where you expect. Where Wild Berries is caustic about the danger of uncritical familial bonds, The Long Excuse goes a step further, into emotional catharsis. Both films feature jazzy scores, dramatic scenes around the tamaya altar, and a humanism streaked with dark wit.

Wild Berries and The Long Excuse stream through December 23 at Japan Society as part of the series “Flash Forward: Debut Works and Recent Films by Notable Japanese Directors.”