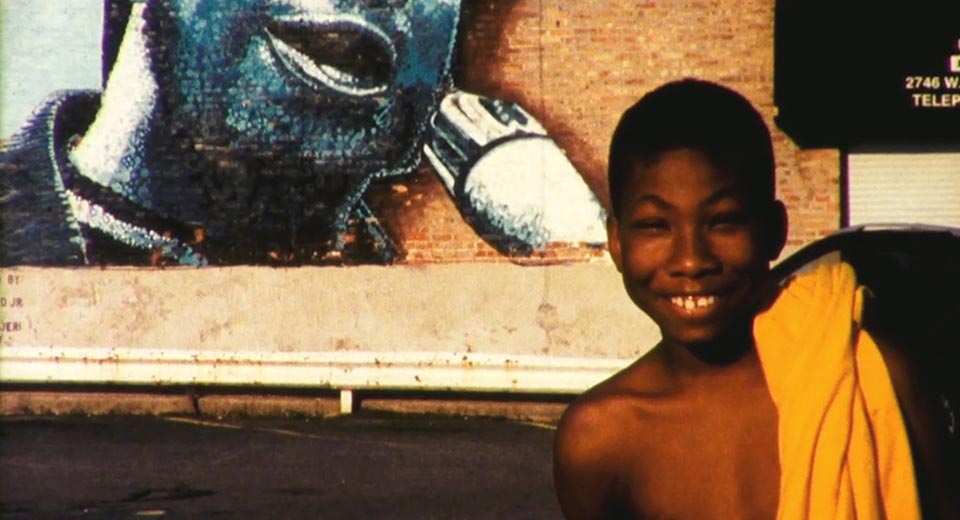 As we approach what appears to be a yawning abyss, The Illinois Parables —the newest film from Chicago-based artist and filmmaker Deborah Stratman—offers some light. Divided into eleven sections, the film juxtaposes new footage shot on 16mm by Stratman with archival materials, reenactments, and voiceover to create a poetic survey of some of Illinois’s most haunting moments in history, spanning from 600 CE to 1985. What results is a cyclical narrative of endurance and erasure at the hands of ideology, natural and supernatural destruction, technological advancement, faith, and resistance. Taken as the violent fallout of when abstract conviction in the name of historical necessity or science meets implementation, it’s a tale that cannot help but feel prescient in our current political atmosphere. The hope, then, is that we are willing to hear it.

As the title indicates, the film is made up of a series of parables. And as is the way with parables, each individual story requires a bit of decoding. Often presenting the result before its cause, Stratman prompts the viewer to work backward through the parable. The effect can be disorientating, as it is in a section about an inexplicable outbreak of domestic fires at one home in Macomb, Illinois (the work, purportedly, of a pyrokinetic poltergeist). In other cases, Stratman’s use of landscape—its stoic endurance and silent witnessing of human violence and indifference—anchors the viewer, providing visual markers (note the reappearing mounds) and terrains that echo throughout the film to bind the past and the present.

Poignantly, the last voice of the film comes from Fred Hampton, the chairman of the Illinois chapter of the Black Panther Party who was gunned down in his apartment during a pre-dawn raid. His words—“Before you go to bed tonight, say 'I am a revolutionary.' Make that your last words, in case you don't wake up. . . . Say that: ‘I am a revolutionary’”—play over footage of a young, black boy, smiling into the camera. The atrocity of the government’s actions, the faith of Hampton’s message, and the promise of youth converge in a final moment that calls for a self-creative act, the feeling of which hangs over the film's final images of Michael Heizer’s expansive reclaimed land art project from 1985. Here, histories are no longer reduced to placards or lines on maps, but are active, collective, and, in a word, hopeful.

The Illinois Parables will have its US theatrical premiere run at Anthology Film Archives, with Stratman in person November 16 and 17.

Here's where to stream it.