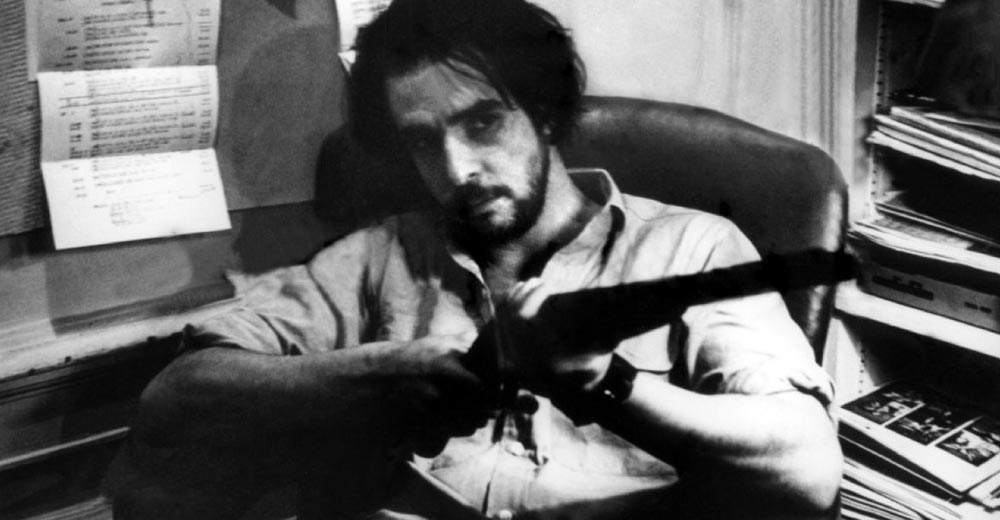 Playing tonight at Light Industry, Robert Kramer's Ice could be called the colder—more impenetrable, fragile, and slippery—Medium Cool. Kramer had risen to prominence in New Left circles as a committed SDS member, community organizer in Newark, and one of the “heavies” of Newsreel, a collective-based organization that produced and distributed radical films. He had intended Ice to be Newsreel's first feature-length drama, funding it with a $15,600 grant from the American Film Institute (the grant application promised a “science-fiction short”). Conscripting Newsreel members and activist compatriots to play rough versions of themselves, the film follows the fictional National Committee of Independent Revolutionary Organizations as they plan and execute their “spring offensive,” an action against a US that has waged imperialist war on Mexico.

When Kramer presented the completed draft to Newsreel, many participants felt betrayed—some felt it to be too didactic, others felt it to be out of line with the group's purported collectivism, and generally it was feared that it'd be understood as an endorsement of violence. Newsreel declined to distribute it, and Kramer left the group soon after to live on a commune in Vermont for most of the '70s.

Upon its release, the general consensus from reviewers was that the film was flawed, arrogant, and important—its loose, faux-verité style was universally praised but its tone and intent befuddled some critics. It's only later, with the sentimentalism of Kramer's subsequent Milestones and Doc's Kingdom, that the film comes into focus as essentially personal and filled to the brim with ironies, apprehensions, and confessions.

According to Kramer, Newsreel's approach was intended to pivot between empiricism and dogmatism, and it's this very tension that the film attempts to follow through. The film depicts scathing self-criticisms of the banalities, naïveté, hierarchies, and egoisms of organizing work, marked by the committee's inability to reach the masses they intend to benefit, the impotence of their self-styled revolutionary art, and the pervasiveness of male revolutionary fantasy. Kramer is not subtle about the latter point—in various sequences, he stages the fear of castration, Oedipal struggle, and uneven sexual dynamics rather bluntly, giving the character played by himself the most brutal treatment.

At a moment where there is a new urgency for resistance, the film's strength is its portrayal of the contradictory impulses of the New Left and the not-always-successful attempts to reconcile them. Viewers looking for concrete answers or tools might walk away frustrated, but maybe that's not a bad thing. It might mean you've been implicated.